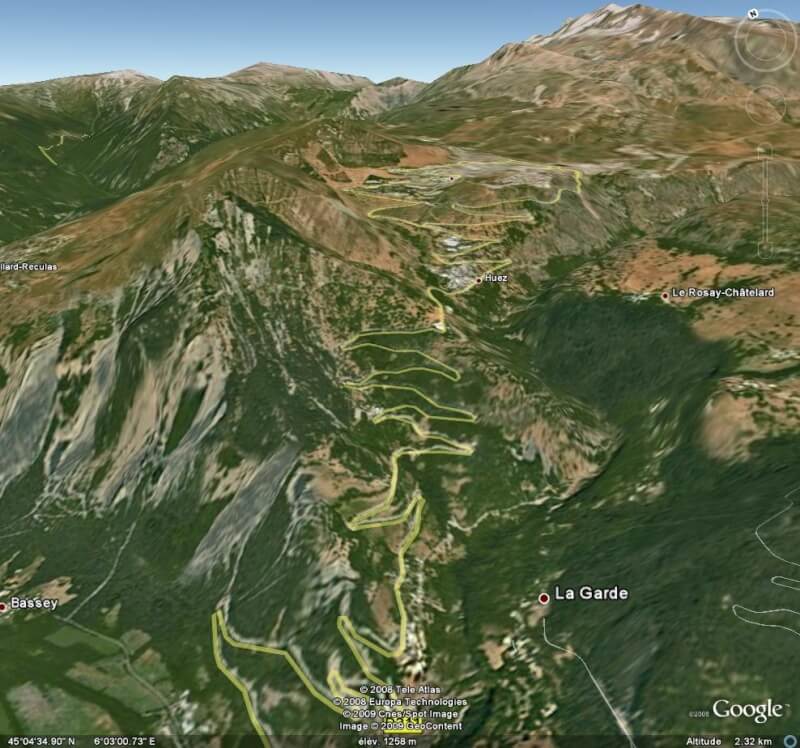 Every great champion must eventually face the Alpe d’Huez in a race. Each of its 21 switchbacks has the name of a past Tour stage winner posted, as well as the height to go to the 3100 foot top. Today I pretended the part of a great champion. 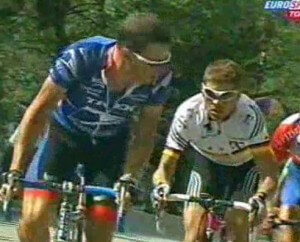 The infamous “look” before Armstrong attacked to victory on Alp d’Huez in 2001. 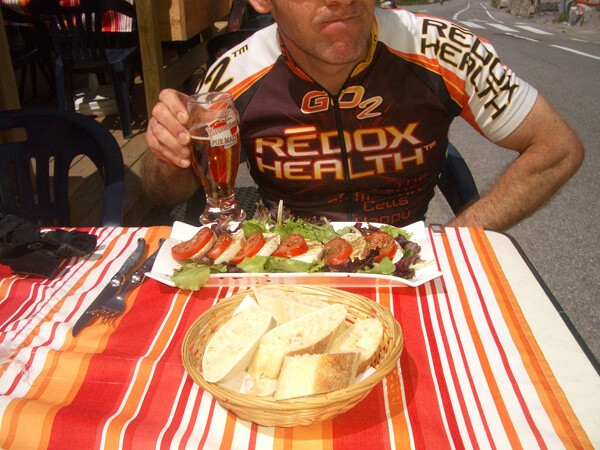 A lunch of hamburger, bread, and beer at the top of Alp d’Huez. 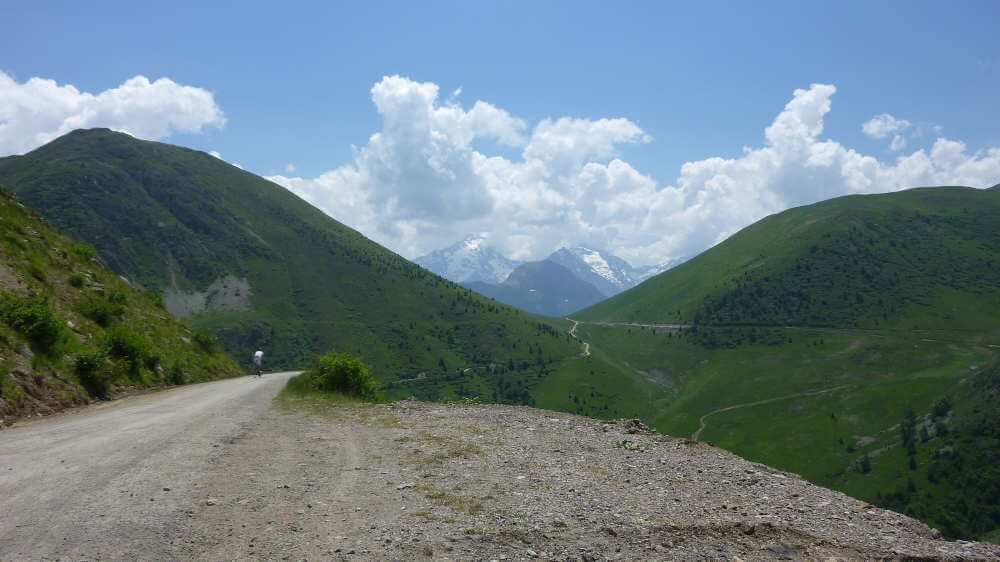 Cycling over the top of Alpe d’Huez. The road is sketchy! 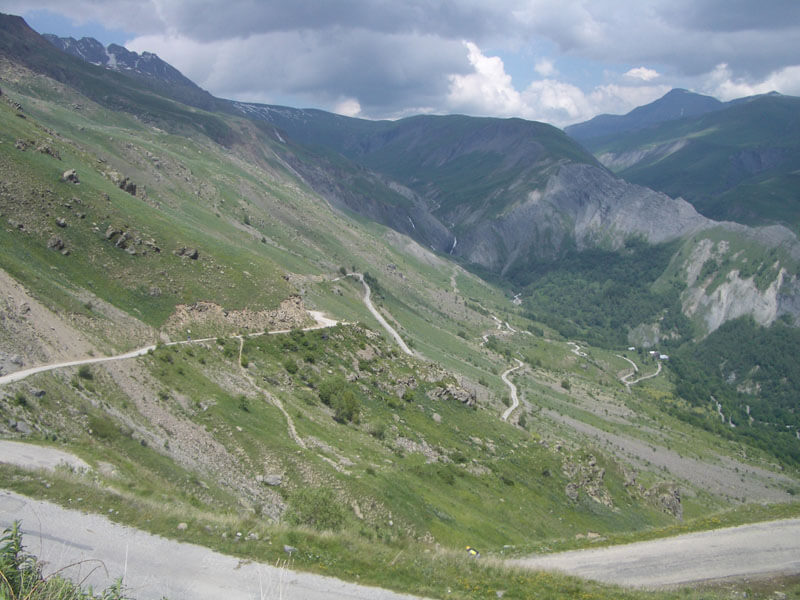 The descent of the Col de Sarenne. 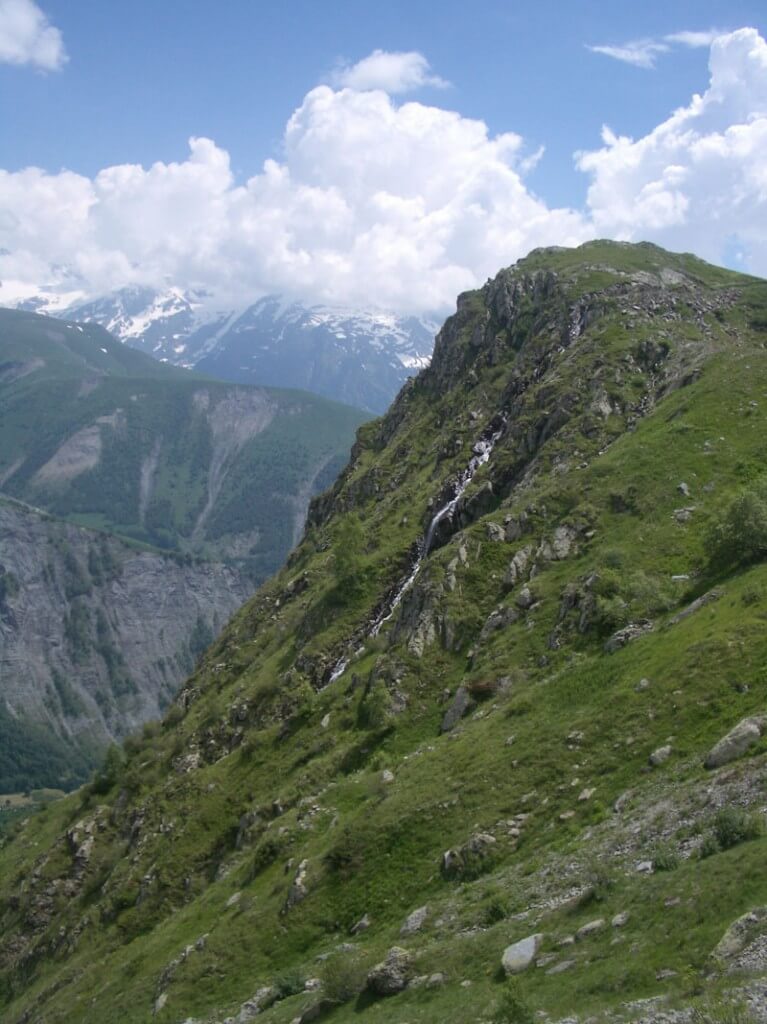 Here is some perspective on the scale of the Alps, showing me riding down an improved goat path. 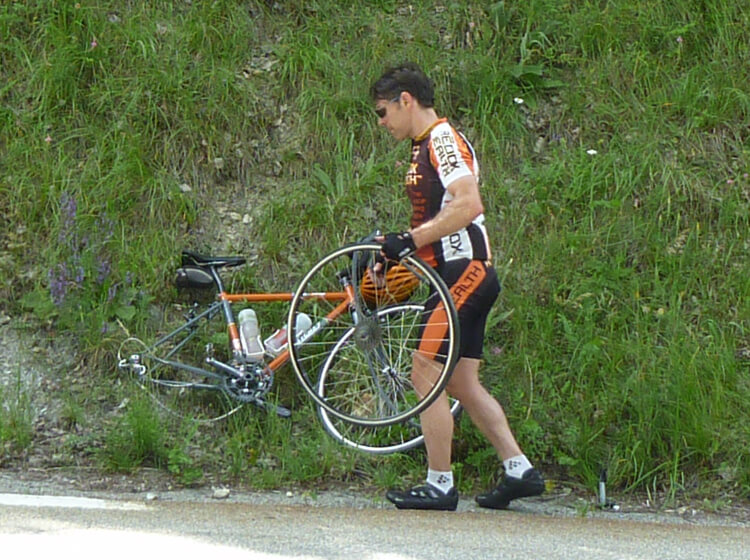 Back in the day before I was exclusively dedicated to tubeless tires, I got flats. Here is my punctured tire at the bottom of Les Deux Alpes. As of updating this caption in 2017, I have not had a flat in over 15,000 road miles, including lots of gravel and cobblestones.

We then hit the climb to the ski resort Les Deux Alps, where the late great Marco Pantani took over 8 minutes out of defending Tour champion Jan Ullrich.

I punctured my Vittoria Evo Cx 320 rear tire at the foot of the climb and took some crap from few passing French cyclists. My revenge was fixing my tire, catching them and dropped them all by the top. 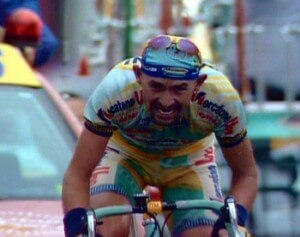 Pantani on his way to a win, and yellow, on Les Deux Alpes.

Alpe d’Huez is overrated. I wouldn’t recommend you go out of your way to ride it as a bucket list climb. If you are in the area, however, yes you should ride it because it is iconic.

Lex Deux Alpes, like Alp d’Huez, is a wide road to a ski resort. It’s not really worth doing. It’s boring, not hard, and there is so much great riding in this area.