This ride started in Andermatt, my home base for week-two of cycling bliss, now in the Uri canton of Switzerland. You cannot reach Andermatt from the west without going over the iconic Furkapass, which was made most famous to the world outside Switzerland from the car chase in the 1964 James Bond movie, Goldfinger.

Said Goldfinger car chase is a little out of sequence from reality but, surprisingly, the road looks pretty much the same today. The same stone pylons line the road and cows still roam. 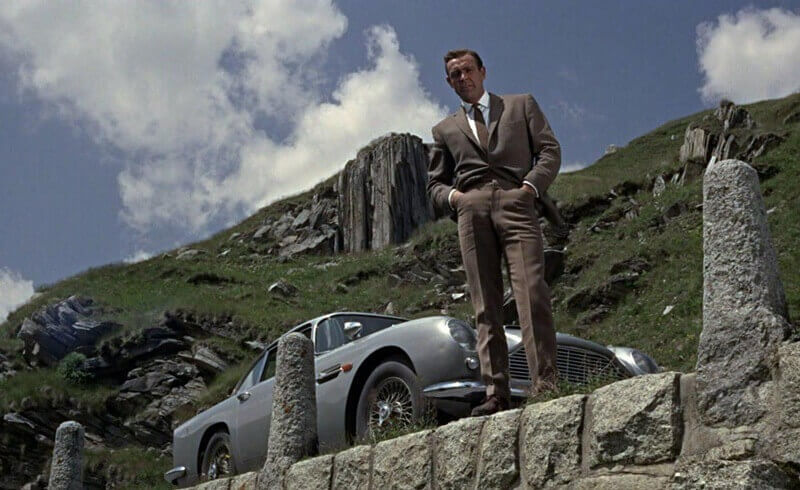 The Ride in Pictures

Two cows and two cyclists on the east side of Furkapass.

A view of Andermatt from Furkapass.

On the upper right is the historic, but now abandoned, Hotel Belvédère. 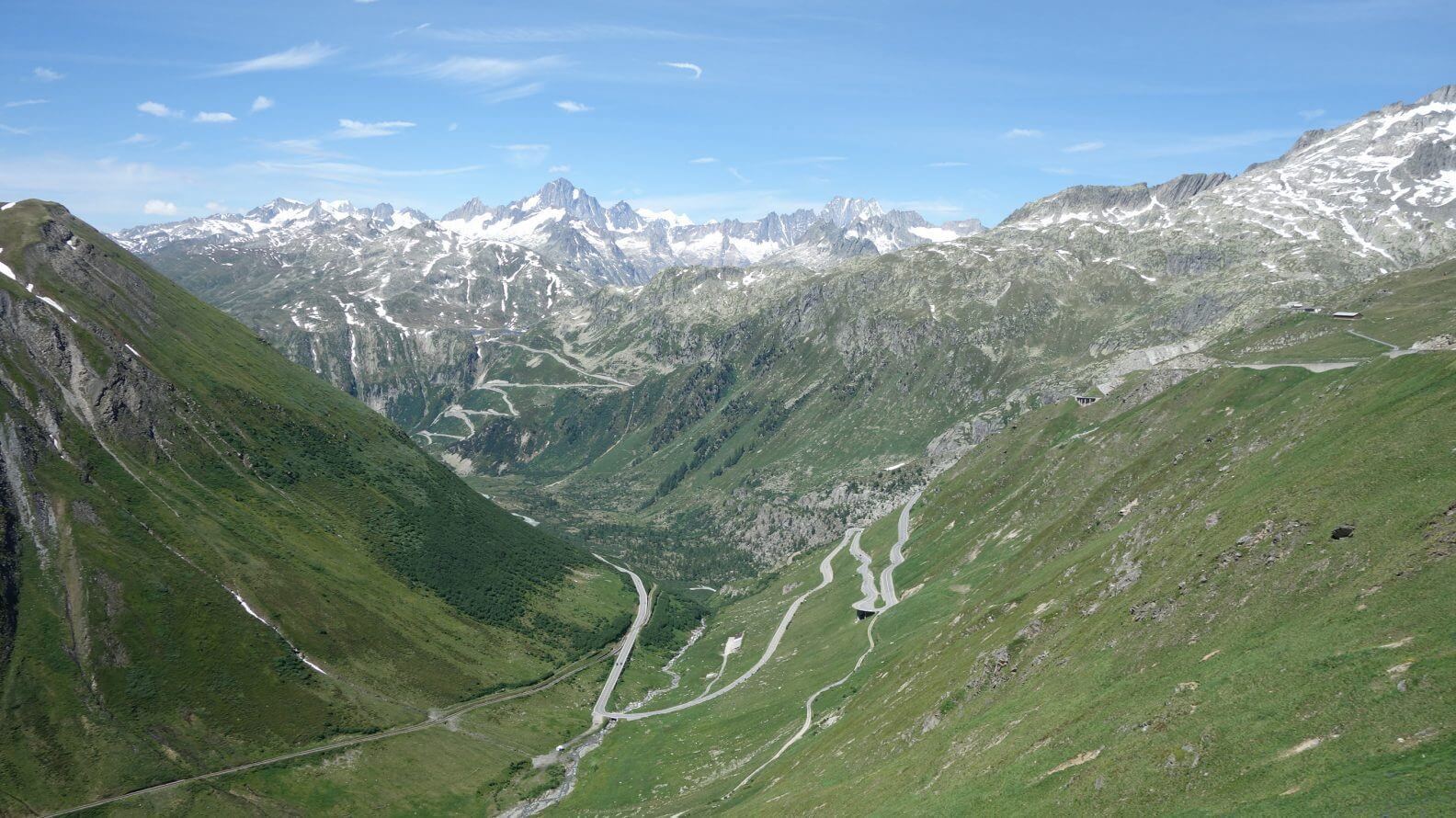 The view from the top of Furkapass, looking at Grimselpass in the background. 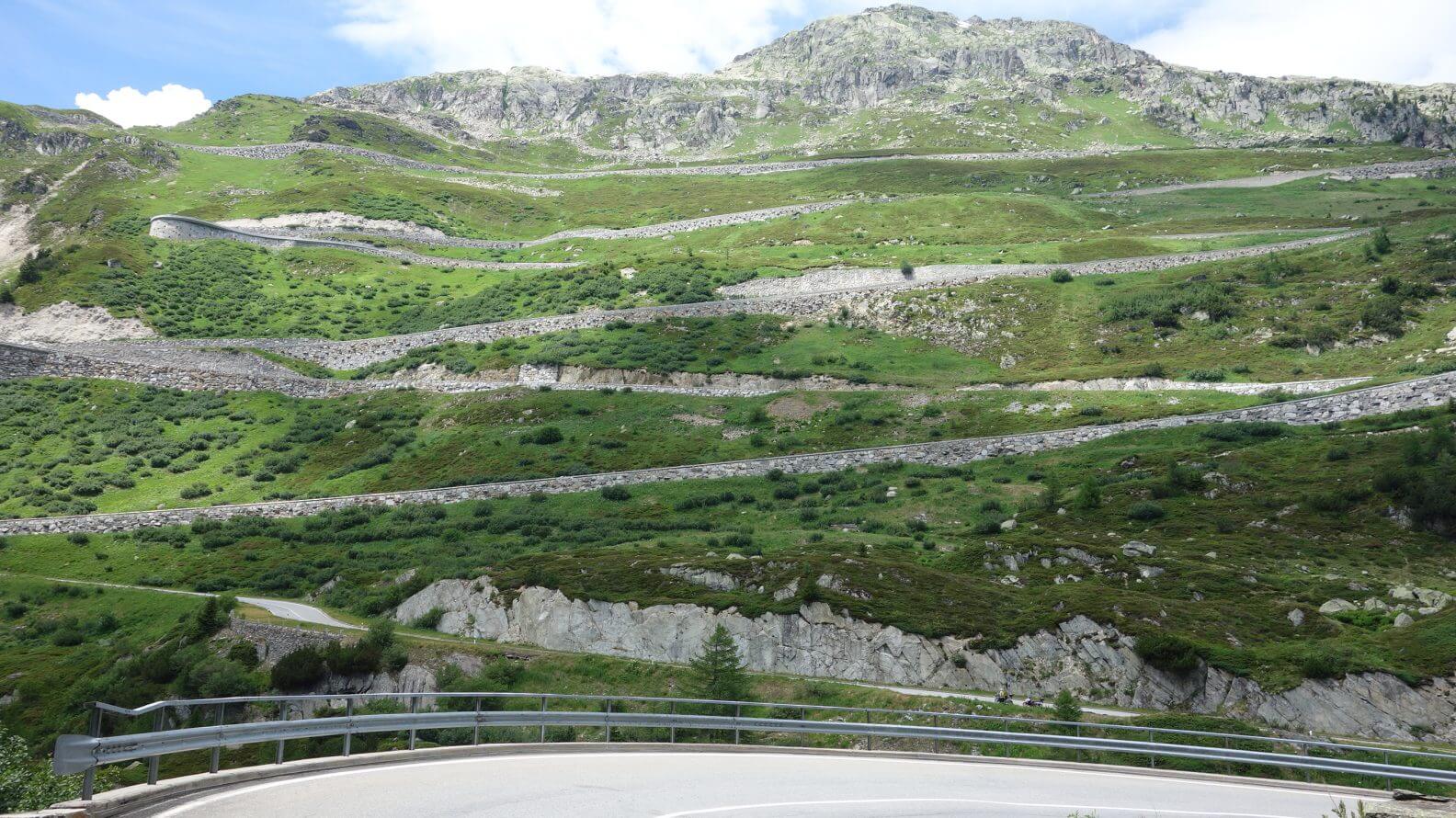 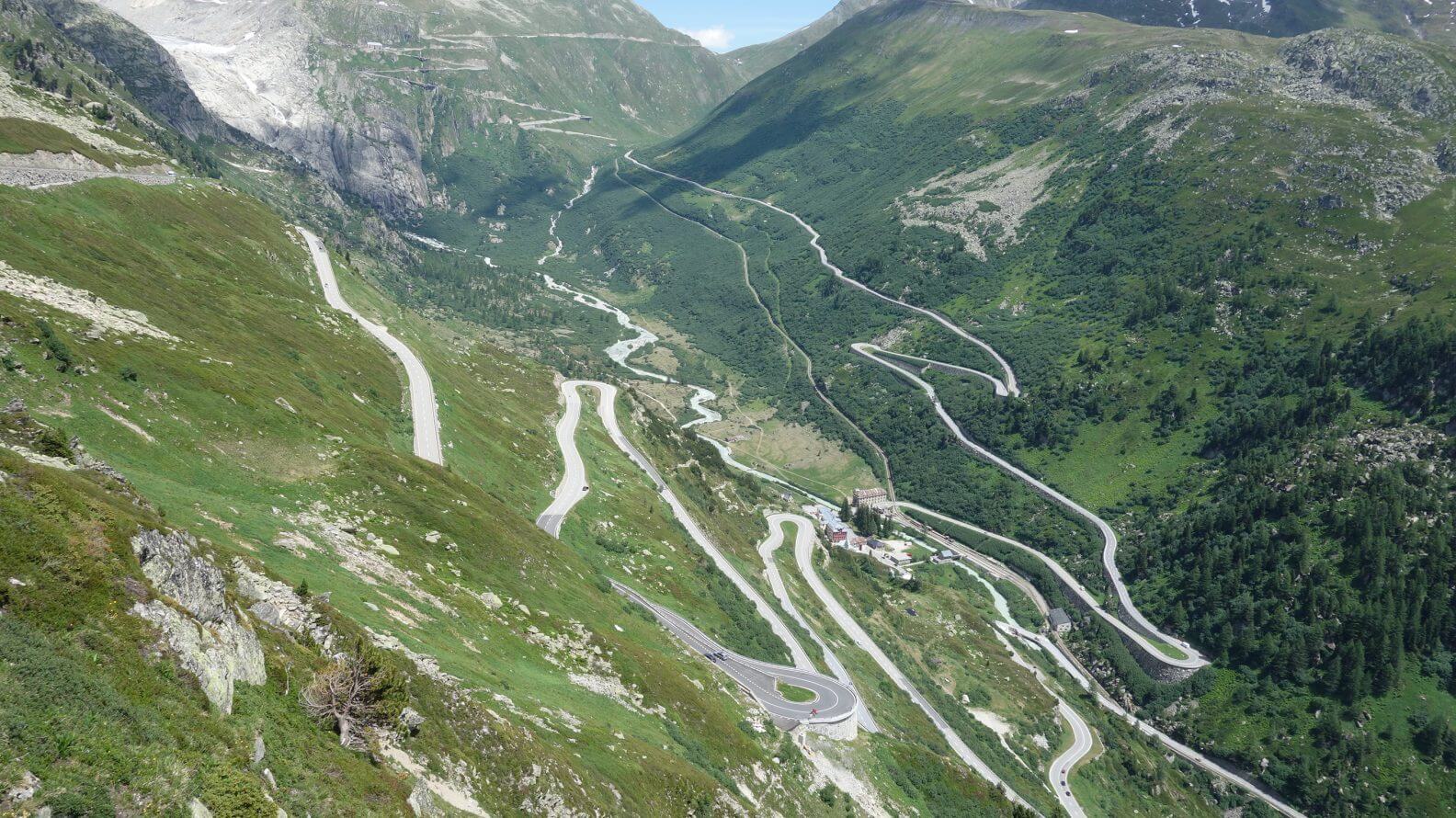 At the top of Grimselpass, looking back at Furkapass. 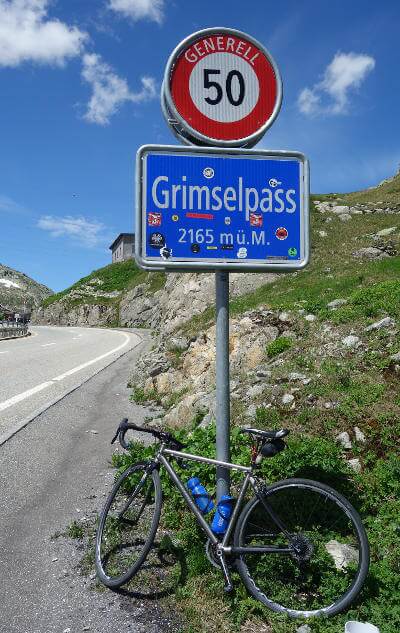 Oberaarsee is a hydroelectric reservoir at the top of Grimselpass. The Oberaar dam was completed in 1953, and is drained by the Oberaarbach, which flows into the Grimselsee. The Oberaar glacier is located west of the lake.

Oddly, almost no cyclist continue to Oberaarsee. I actually got a Strava KOM on an Oberaarsee segment even though I was riding at about a walking pace. It’s another odd example of how people don’t venture off the marked roads. I had to walk around a gate to get on this road, but there was no prohibitive signage and there were hikers passing the gate to access the hiking area beyond. 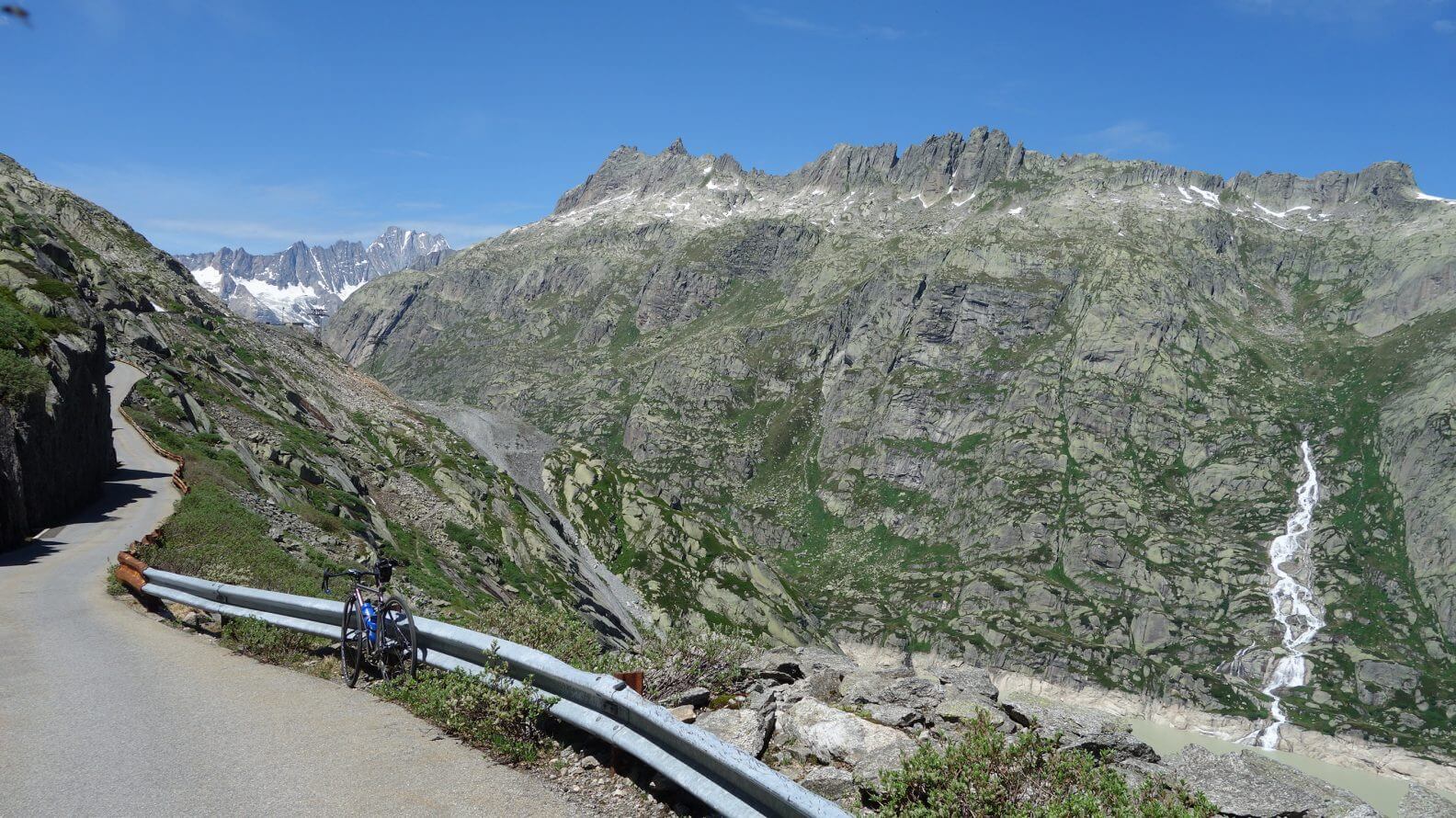 The Ritchey making it’s way tot he Oberaarsee. The road is tiny and was closed to traffic 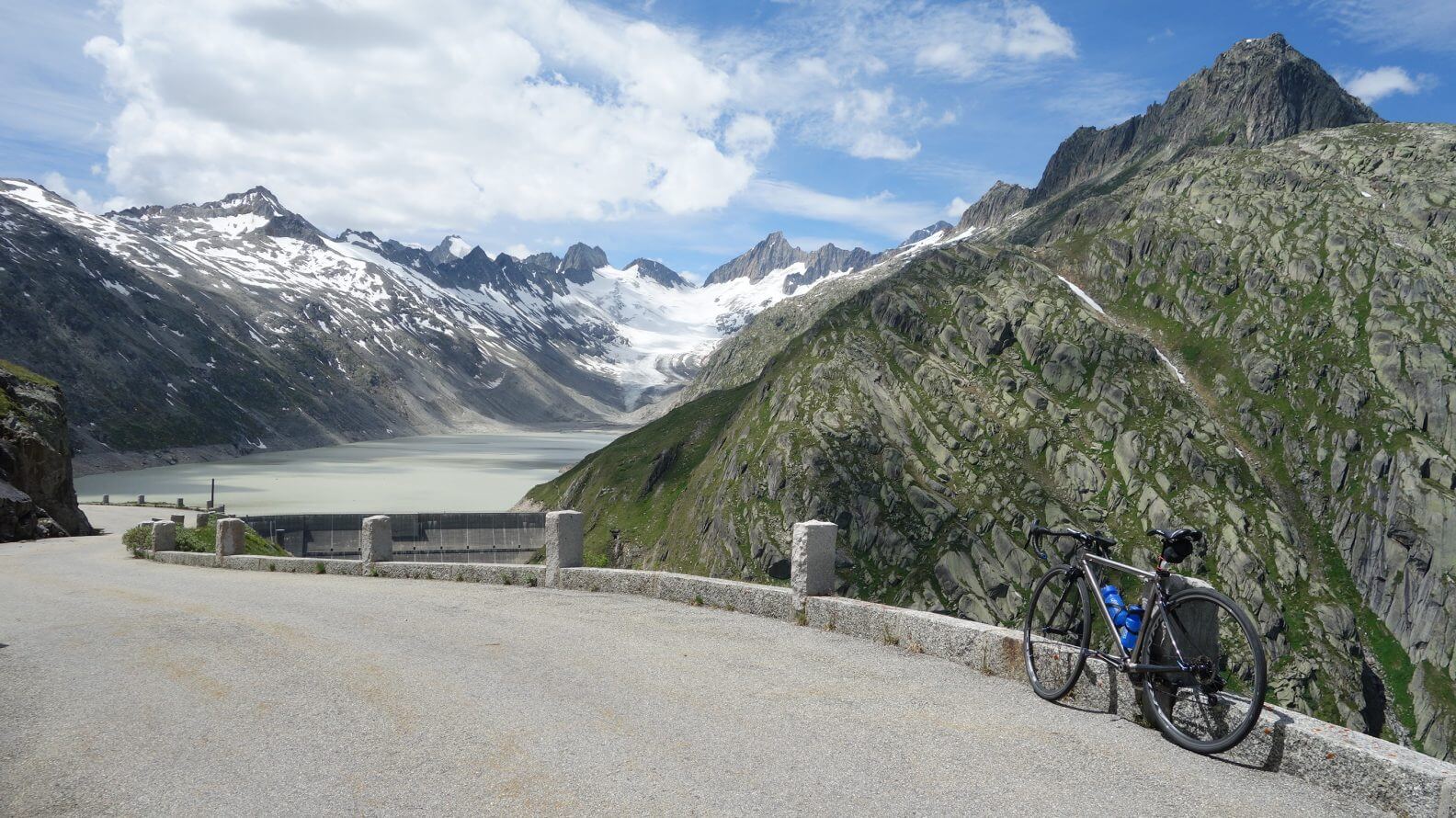 The landscape is breathtaking, each meter you near Oberaarsee. 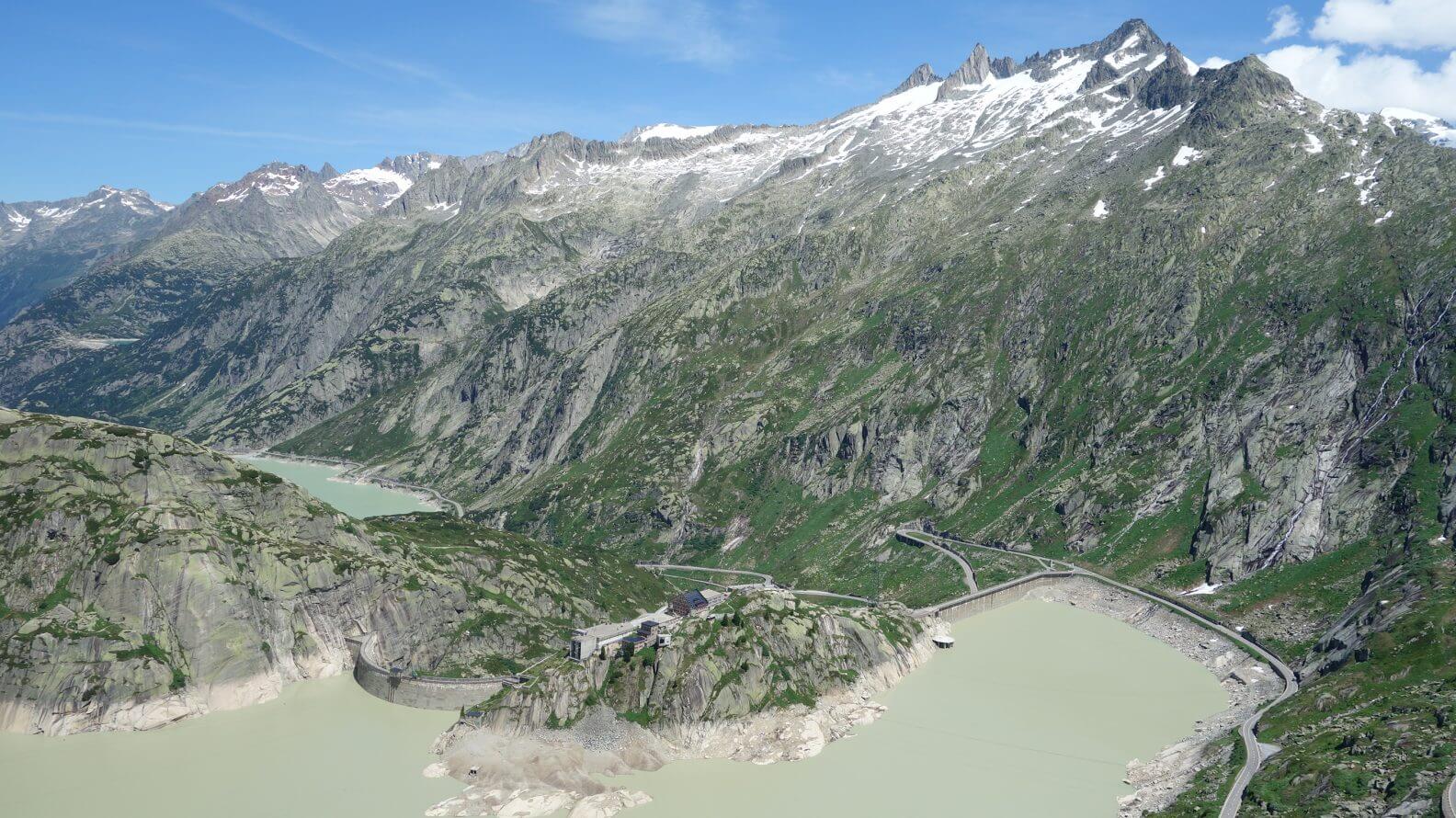 The waters up here are a strange milky green color.

View from the dam at Oberaarsee, looking at the access road. I was the only vehicle on the road the whole time. 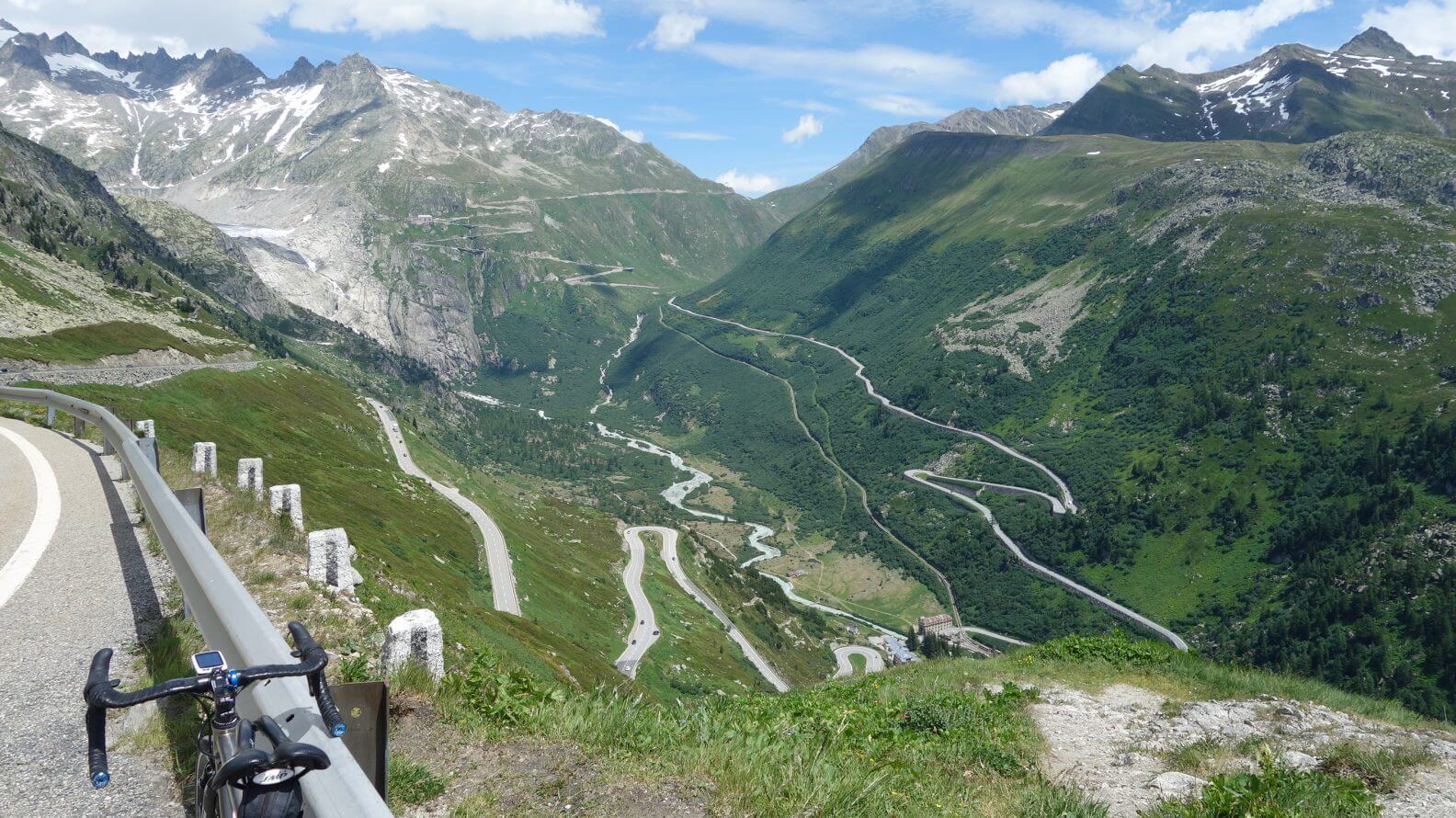 The Ritchey at the top of Grimselpass, looking back at Furkapass

Both Furkapass and Grimselpass are on the cyclists’ must-do list. If you do Grimselpass you must continue to Oberaarsee. It’s not that much farther and the reward is supersized.

Next time I would like to do the other side of Grimselpass and perhaps the west side of the Grosse Scheidegg, for an epic ride.

Strava Map from this Ride