Thoughts on Cycling in France

Cycling in France is both amazing and overrated. I can feel the hate mail coming any moment now so please hear me out. France is amazing. The Tour de France reinforces that every year. As such, France is usually the first stop on any traveling cyclist’s list, as was the case for me. Just know that France isn’t the best, hardest, or most beautiful cycling. France is overrated because the Tour makes it seem like the best and perhaps only option to the general cycling enthusiast who watches just one race per year – le Tour. France is great but it’s not the best.

All that said, you absolutely should ride in France. You have the Alps, Pyrenees, Jura, Vosges, Masif Central, and the not-to-be-missed Corsica. You have fields of wine and cobbles to cross.

I’ve visited France three times with the Ritchey Break-Away, from the Pyrenees to the Alps to the cobbles of the Arenberg Trench, to Corsica. There will be more adventures there yet. I’m particularly interested in the area north of Nice along the Italian border, though the Italian side interests me more. My planned 2020 visit to Turin and the Aosta valley was Covid-cancelled but is on the aspirational calendar for 2021.

Veloviewer infographic from my 2016 raid on the Pyrenees 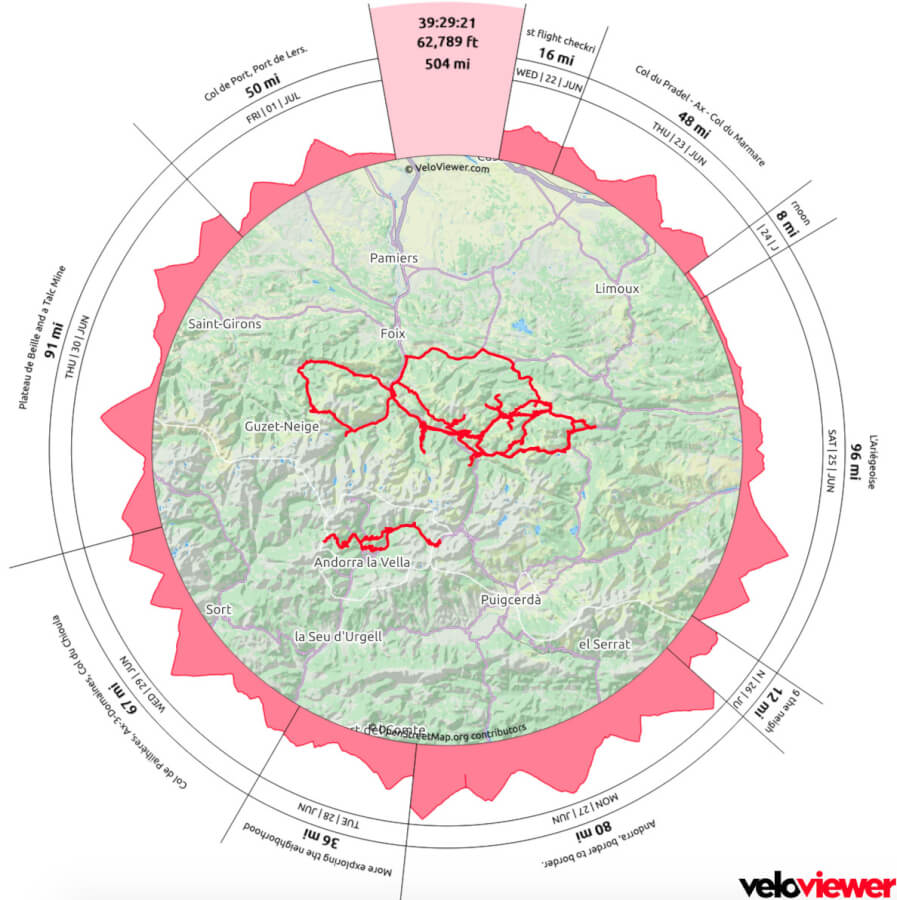 Some of France’s Greatest Hits