My vote for the coolest cycling climb anywhere goes to the Gotthard Pass, or St. Gotthard Pass in Switzerland (Italian: Passo del San Gottardo, German: Gotthardpass). This 2,106-meter pass connects the German-speaking Andermatt in the north and the Italian-speaking Airolo in the south. One pass, same country, two languages. Yes, the caffè is better on the south side. There is also something else very special on the south side.

The Tremola road lies on the south side and is considered Switzerland’s longest street monument. This is because over 7 km of the climb are cobbled. That’s right, granite stones dating to 1827. The road is  meticulously maintained and is much smoother than the cobbles of Belgium or northern France. But don’t get me wrong, at speed the Tramola is a rough, if not vibratory, experience.  And going up the hill on cobbles is very watts-sapping.

Below there is a picture of road restoration work in action. 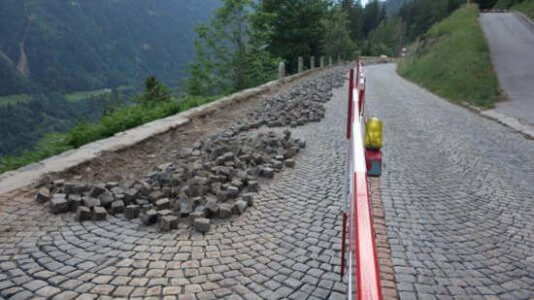 Begining of Gotthard Pass on Andermatt side. There are “Smart Rider” signs on all the big passes. 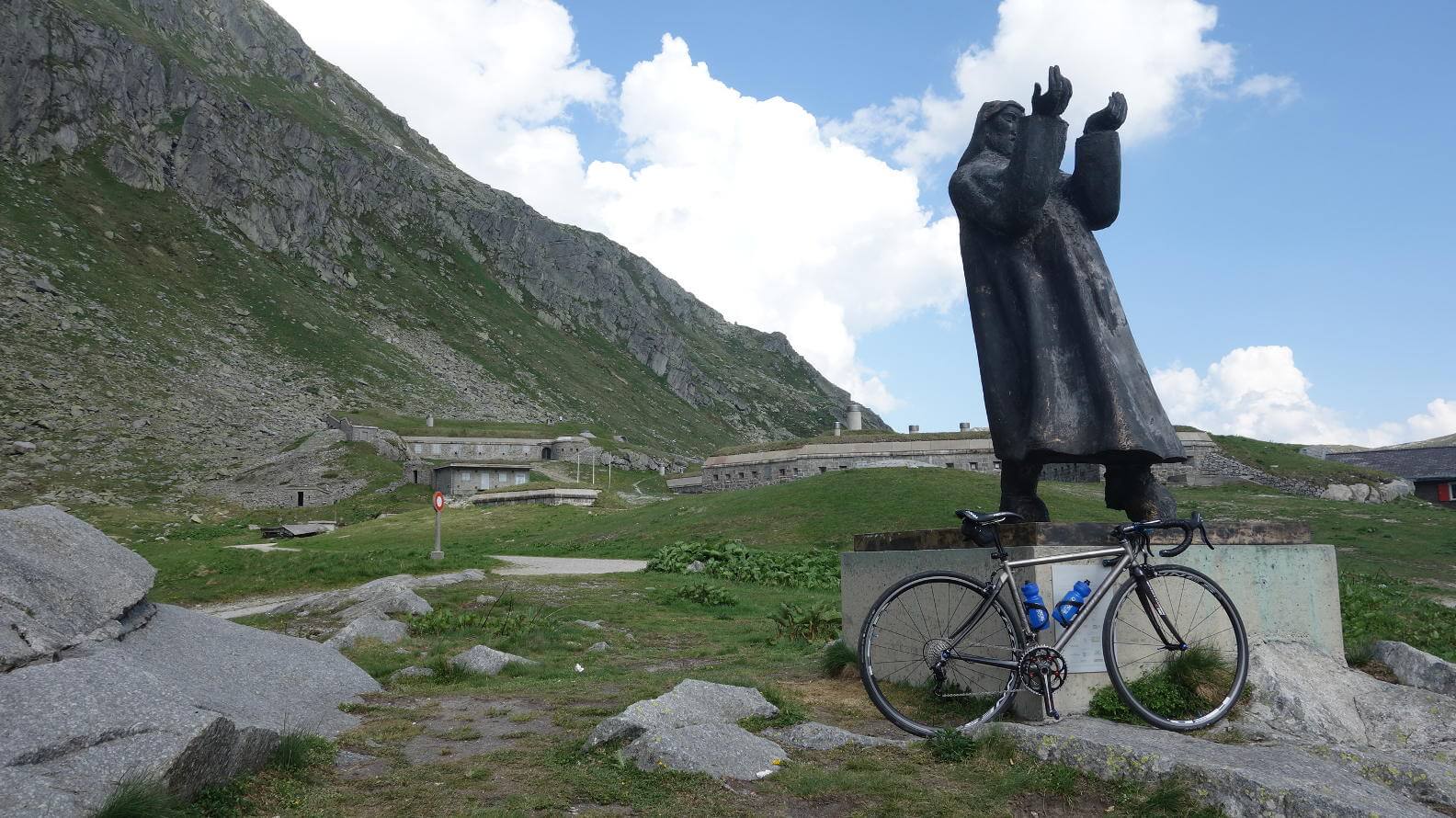 “The Wanderer,” was erected in memory of the 200th anniversary of the accession of the canton Ticino to the Swiss Confederation and was inaugurated on 26 July 2003.

The ride up to the dam and Lago di Lucendo is short distance beyond the road summit. If you have ridden to the top of Gotthard, keep going a little farther. Not many people do this part. By my math and according to Strava stats, only about 1% of cyclists who top the Tremola ride to Lago di Lucendo. 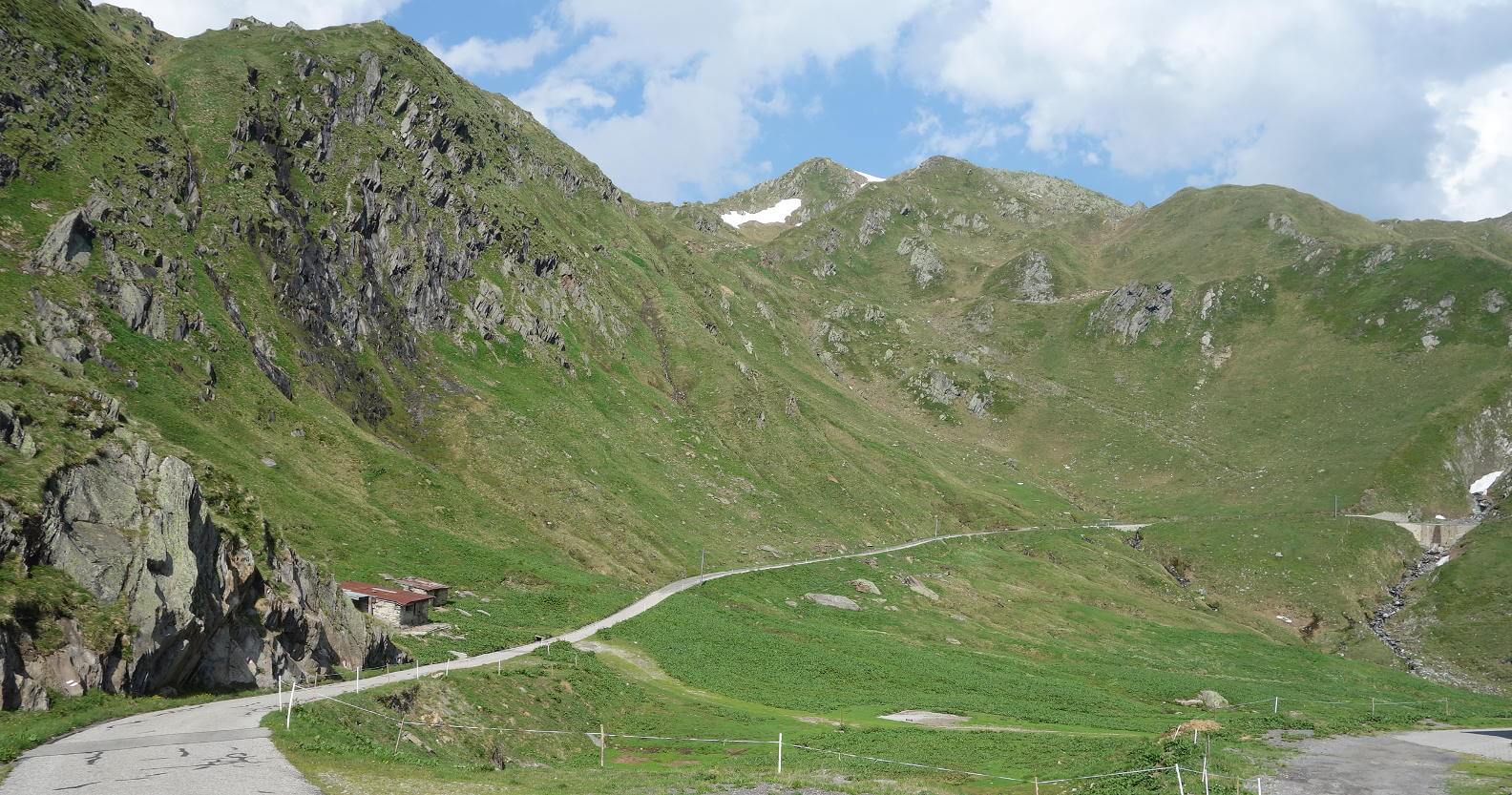 This is the little road that leads to the dam and Lago di Lucendo. 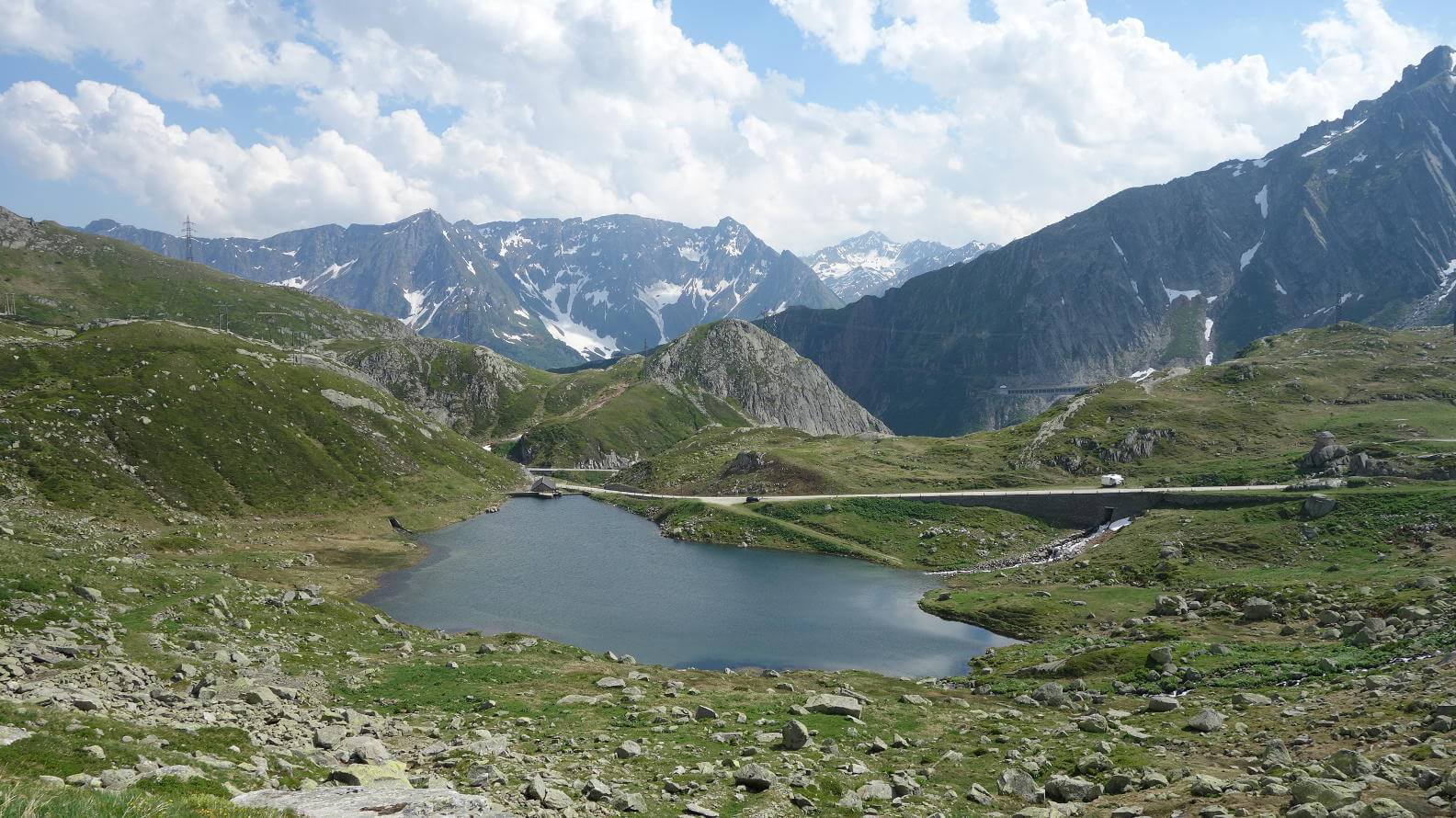 There is also a little lake at the top of Gotthard Pass. (This is not the dam.) 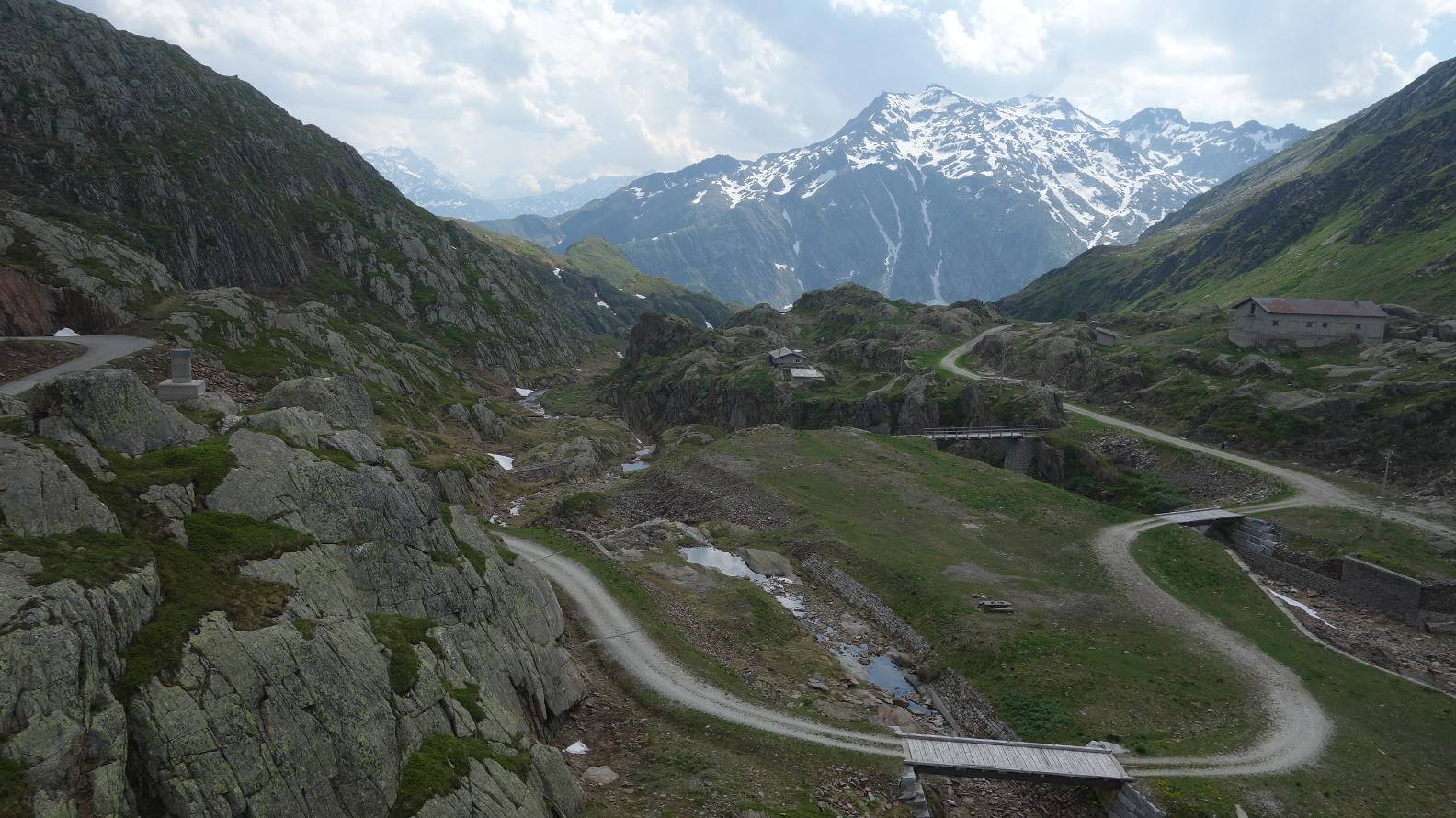 Looking south from the dam on Gotthard Pass.

This is the whole point of riding this climb. Switchbacks and cobblestones! 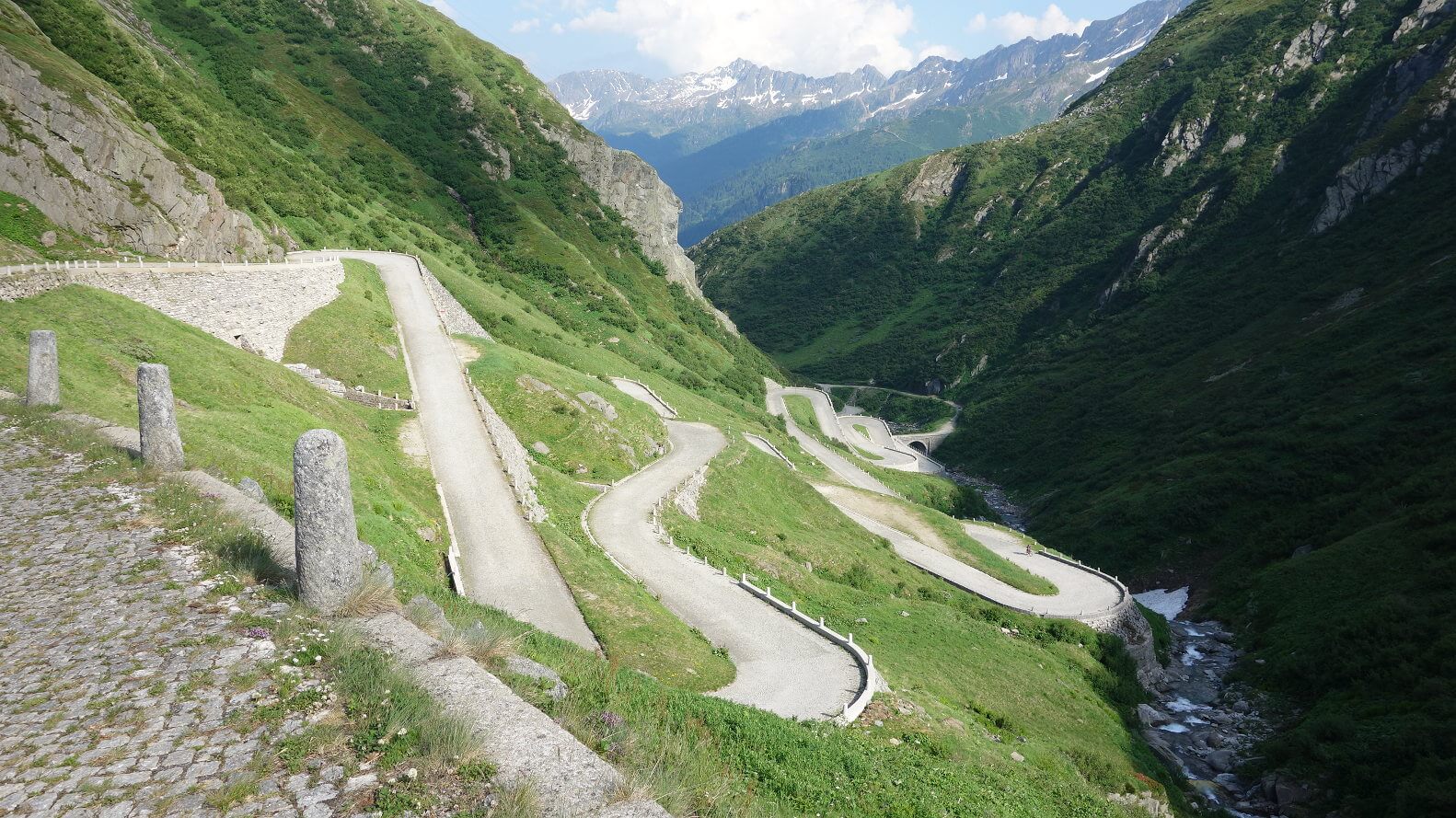 Gotthard Pass is called the Tremola on the Airolo side. Over 7 miles of this! 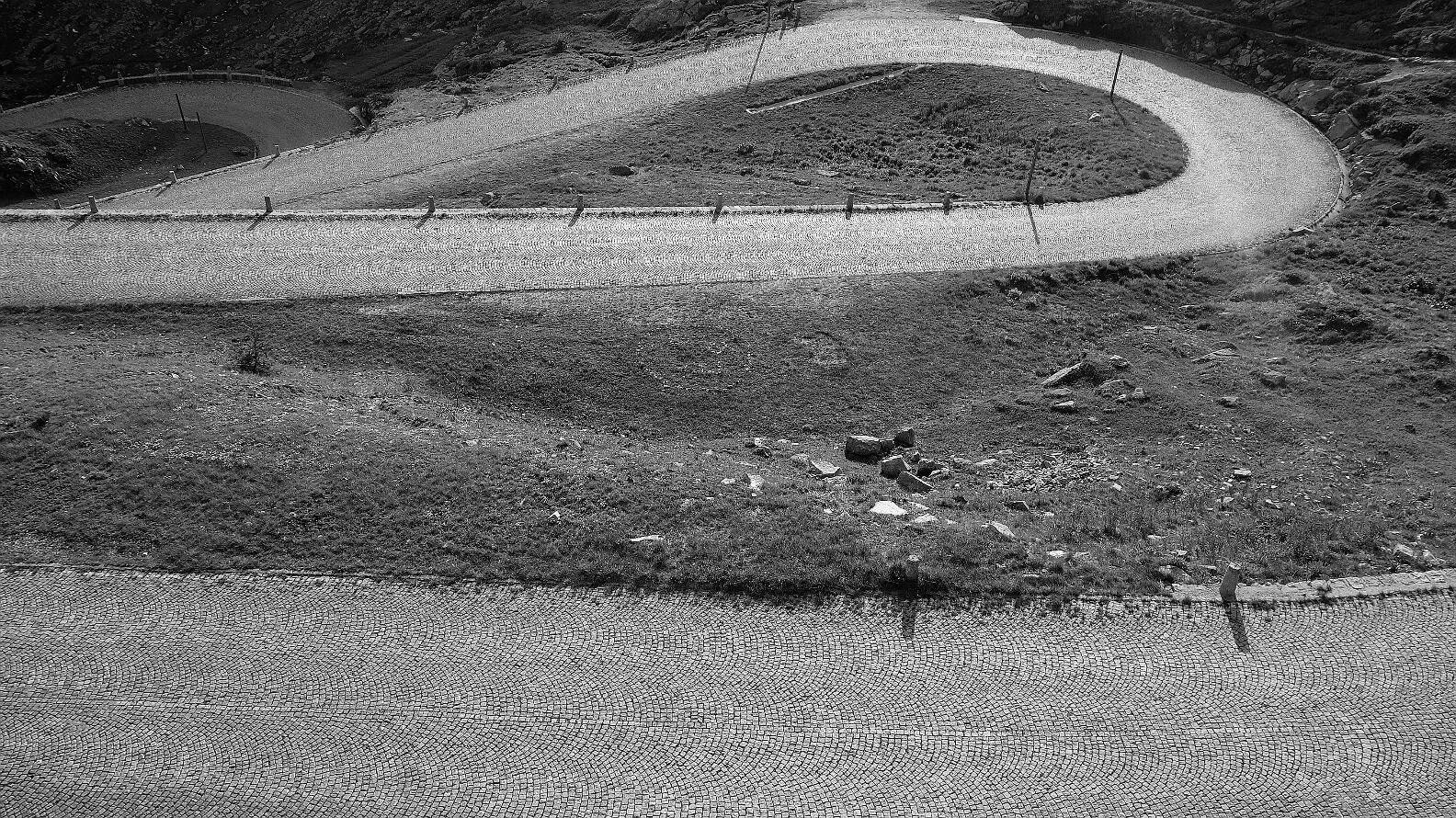 To the cyclist, this the Tremola is a work of art. 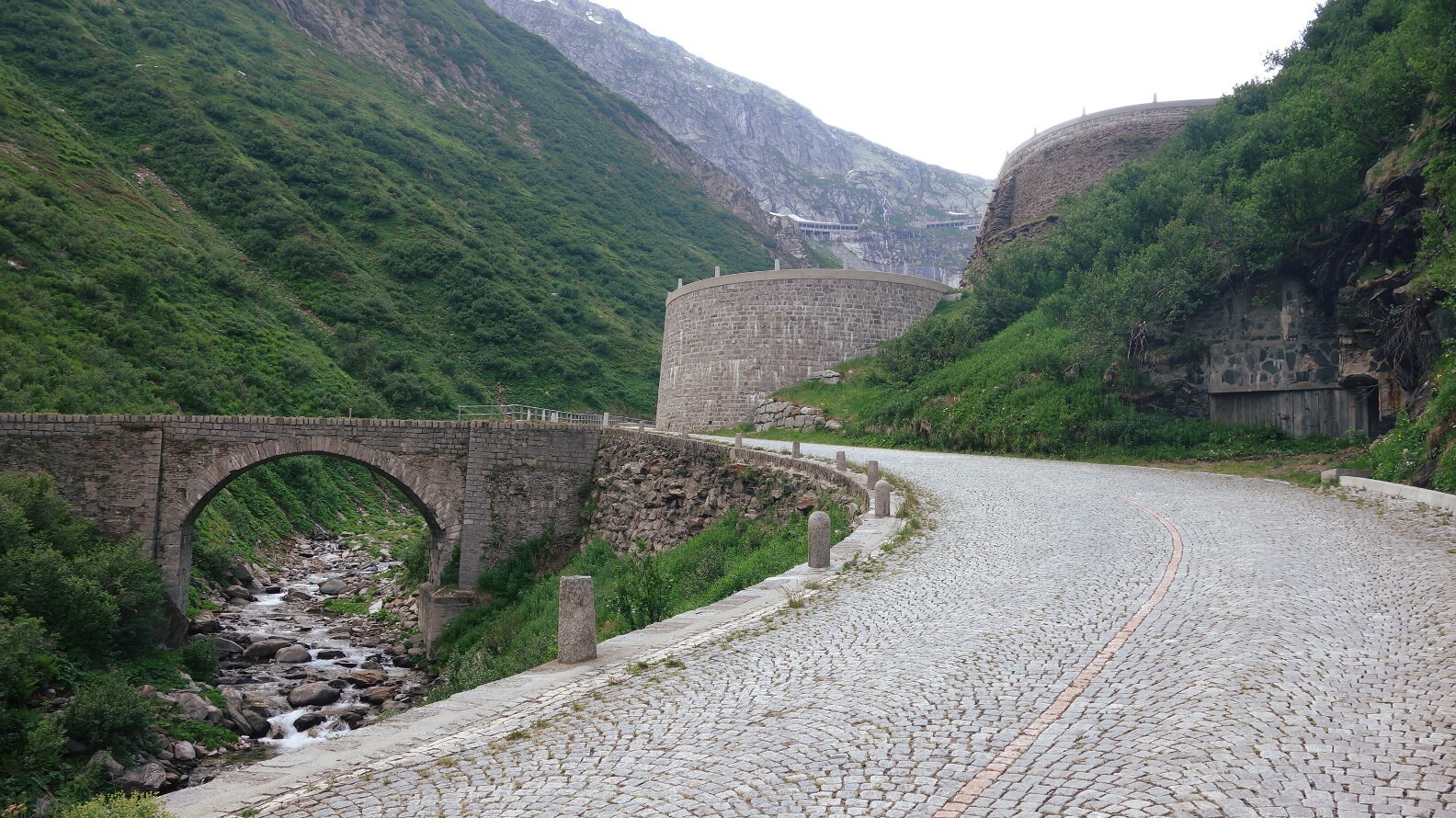 Yes!! This is a five-star cool ride. It’s not the biggest or hardest but it is the most cobbled climb in the world and in a category of it’s own.

Strava Map from this Ride