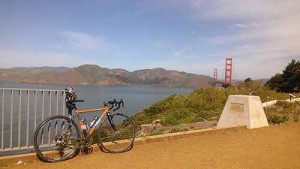 It began while watching the dramatic finish to the 2009 Tour de France. Yet again I had spent three weeks dreaming about riding in France. I vowed to myself that by the end of the next Tour I’d be singing a different tune. A few months later I cashed in some frequent flier miles and had a ticket to Paris. Committed. In my spreadsheets, the count of cycling-friendly hotels, must-do climbs, and potential rides grew. And the biggest question: what bike to bring?

The cost of checking or shipping a full-size bike in a hard case, and then having to haul that large case around airports and in rental cars or trains got me looking at other options.  A friend, who joined me on this trip, had a bike with S&S couplers and he could fit the bike in a suitcase that didn’t incur extra baggage charges.

Since purchasing Ritchey Break-Away Cross it has traveled to France, Spain, California, Minnesota, and Tucson, as well as logged countless miles around Boulder, CO.  This bike has done centuries, demanding rides with 10,000+ ft of climbing, road races and crits, single track, and cyclocross. Of course, it’s not as stiff, light, or stable at 60mph as my carbon race bikes, but the Ritchey Break-Away is a bike that not only can do anything, but you can take it apart, put it in a suitcase that is small enough that there is no oversize luggage charges, and you can go do the anything, anywhere.  I can say without hesitation that this bike has brought me more riding pleasure than any of the countless bikes I’ve owned. Buy one and travel. You will not be sorry.

The frame: You may be wondering about the minimalist looking couplers that holds the down tub together near the bottom bracket. Can that thing really work?  Yes.  Trust Tom Ritchey. I’ve had this bike apart and back together dozens of times and it’s still going strong.  I do travel with an extra coupler though, because if a TSA or customs goon lost it while checking my bike bag for contraband, there is no way you are getting a replacement coupler at the local bike shop.

Performance: A trick question. It’s not as light or stiff as your carbon wunder-bike.  But, it’s the bike that gets you riding within an half hour of reaching your final destination, with fewer worries about the dings and knicks that are inevitable while packing and traveling with a bike. As such, the Ritchey isn’t beat up, it’s seasoned. It rides like the quality steel frame that it is, gets bonus points for that classic look, and it feels extra good when you and your steel bike are climbing and you pass someone who is riding a $10,000, 14- pound rig.

Assembly: I can tear down and rebuild the Ritchey in 30 minutes.  If you are not mechanically inclined and don’t know how to build or adjust a bike, then you will need to learn. On any given rebuild you may need to adjust detailers, brakes or true a wheel. In fact, I can almost guarantee you will need to tune the rear derailleur and give a spoke or two a tweak.  If this sounds scary, do not let this get in the way of cycle travel. Buy this book and buy a Ritchey Break-Away. If the below pictures of the Ritchey-As-Travel-Gnome do not sell you on the Ritchey, then cycle-travel may not be for you. 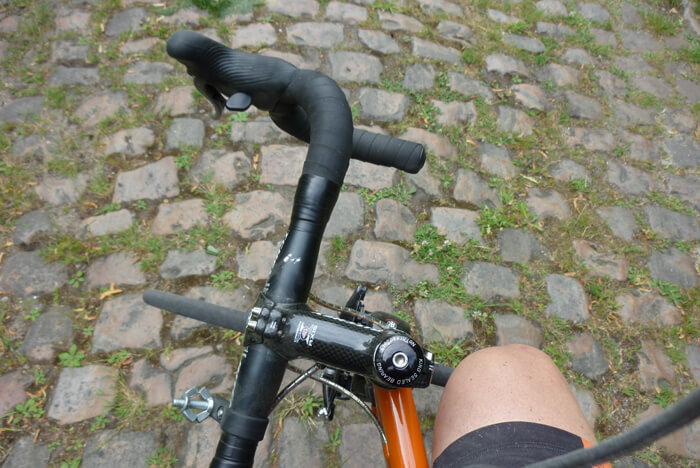 The Ritchey on the Arenburg Forest Cobbles:

Ritchey Breakaway on the Tourmalet

The Ritchey on the Tourmalet: 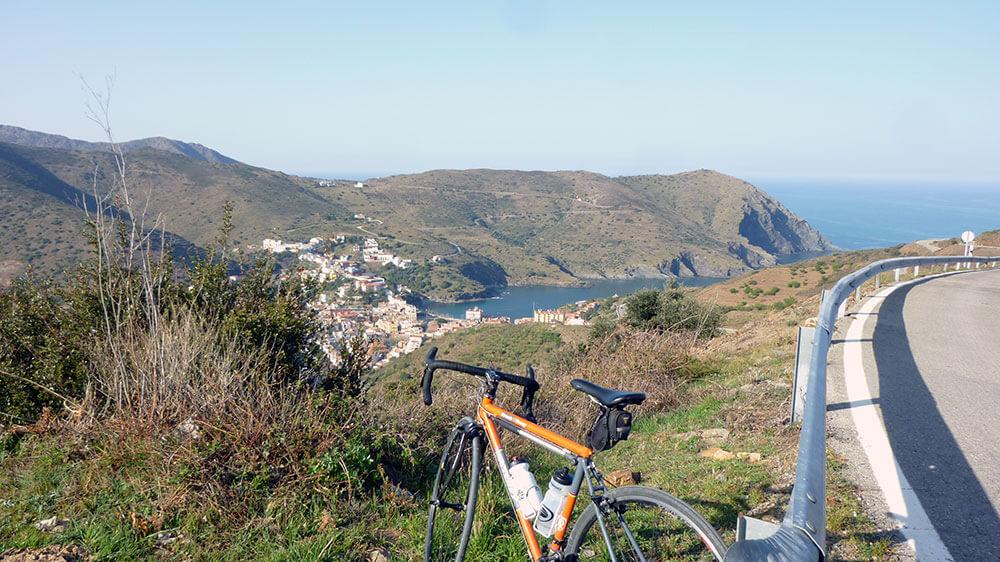 The Ritchey exploring the Spanish and French Coast: 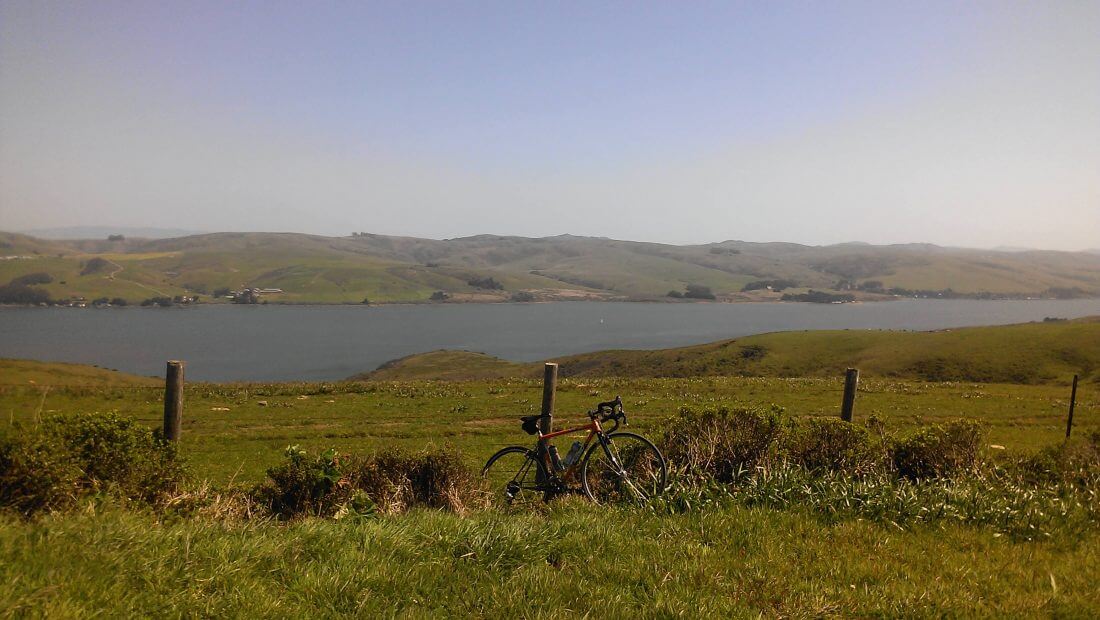 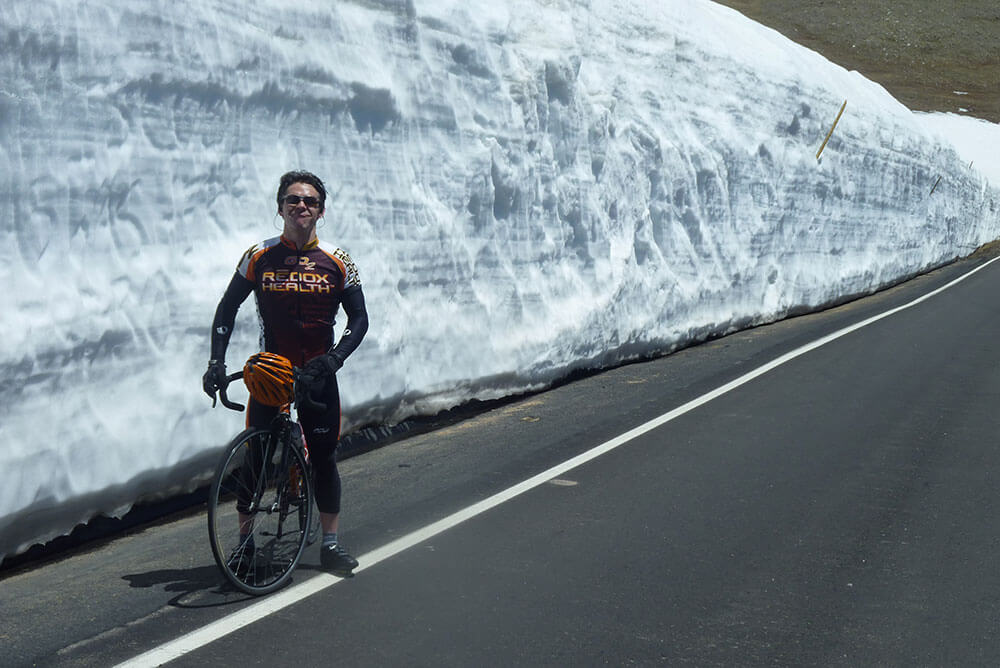 The Ritchey at 12,000 ft in Colorado, doing some early season altitude training.