France’s Greatest hits, game on. We flew into Paris and drove to the Alps for part one of this trip. At the beginning of the tollway to Lyon, the toll-person gave us a bag of goodies that included a can of spray-deodorant (underarm). Now that is French civility. 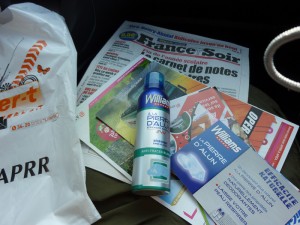 Are you saying we smell?

Smelling good, we raced our Ford Kuga to Hotel Le Cassini in Le Freney d’Oisans, where proprietors Dirk and Rob cater to cyclists feed their guest like kings. They are Belgian and embrace both cycling and food even more than your average frenchman. If you are considering a cycling holiday in France, you absolutely cannot go wrong with that location in that region and that hotel.  I would (will) return.

In record time we assembled our bikes (Ritchey Breakaway and Co-Motion) and rode the Col de Sarenne to Alpe d’Huez. The Col de Sarenne is the back side of Alp d’Huez and is actually a much more interesting ride than Alp d’Huez, in my opinion. If you are in the area you should check it out. 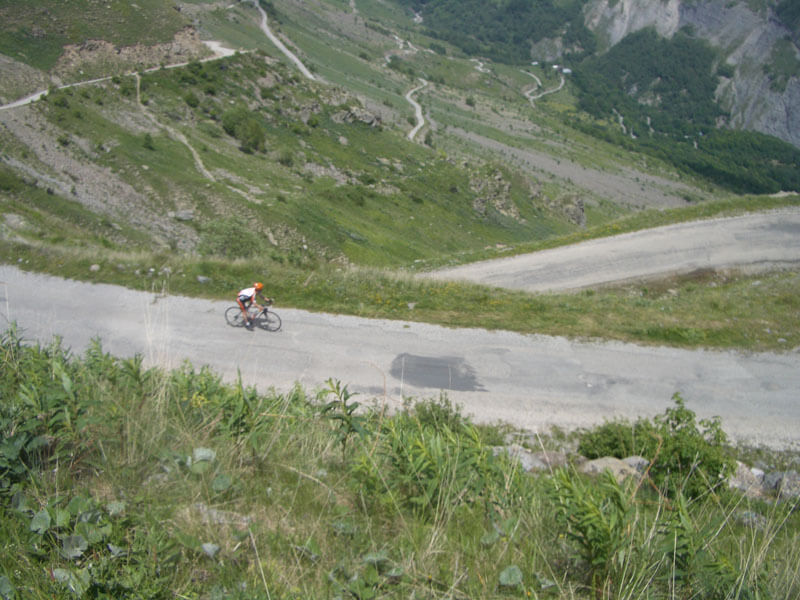 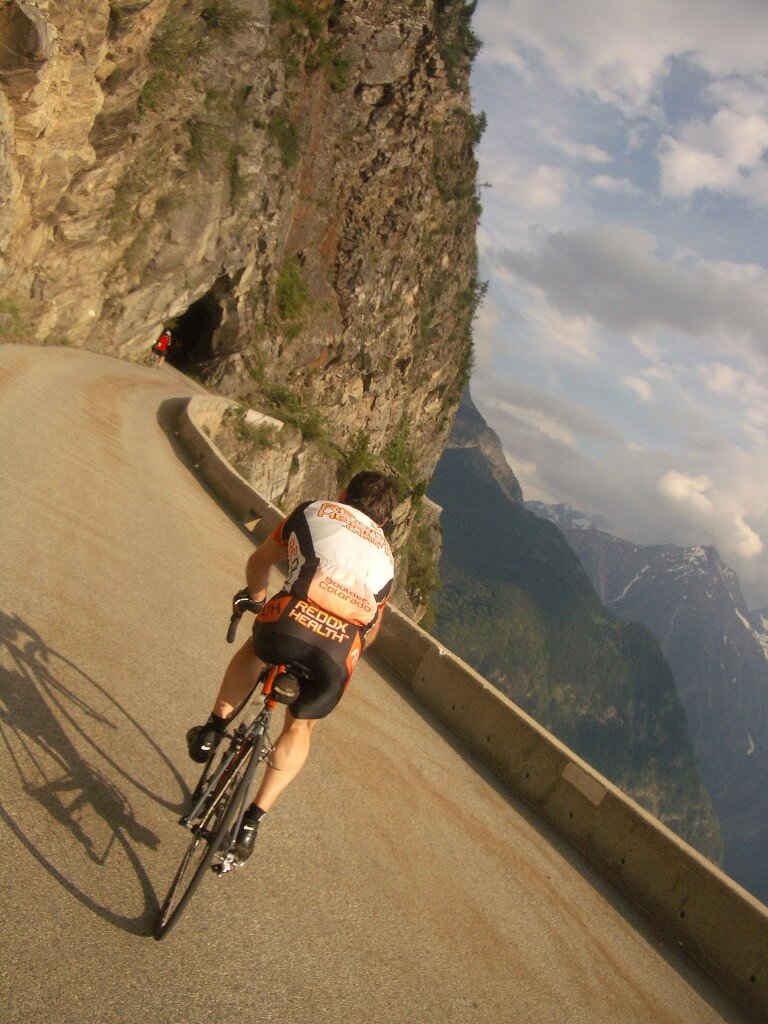