The Tre Cime di Lavaredo is Italian for “the three peaks of Lavaredo.” From Wikipedia:

The climb begins in Cortina d’Empezzo, to Misurina and Misurina Lake (lovely), and then into a National Park. Bikes can enter for free, cars must pay. 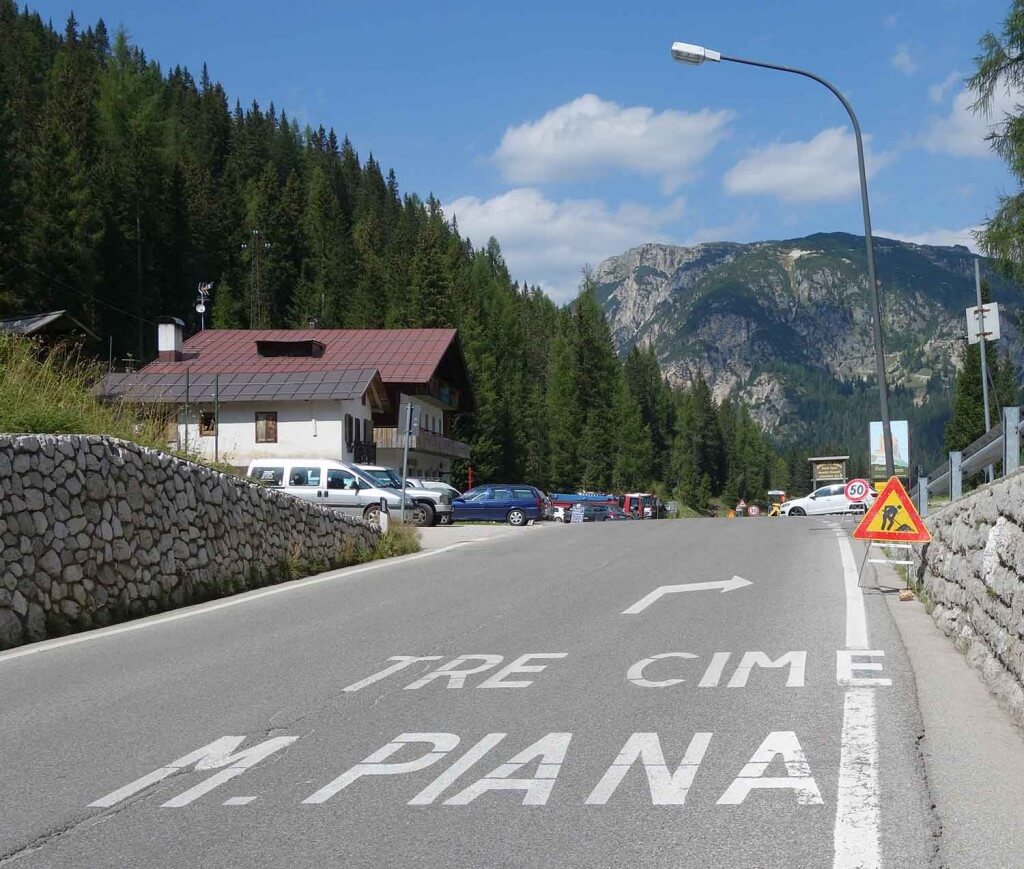 From Misurina, take a right to the Tre Cime di Lavaredo.

From Cortina, you can go a long north route or a shorter south route to Misurina. From there it will me unmistakable which way to go. I took the shorter route so it was to the right. 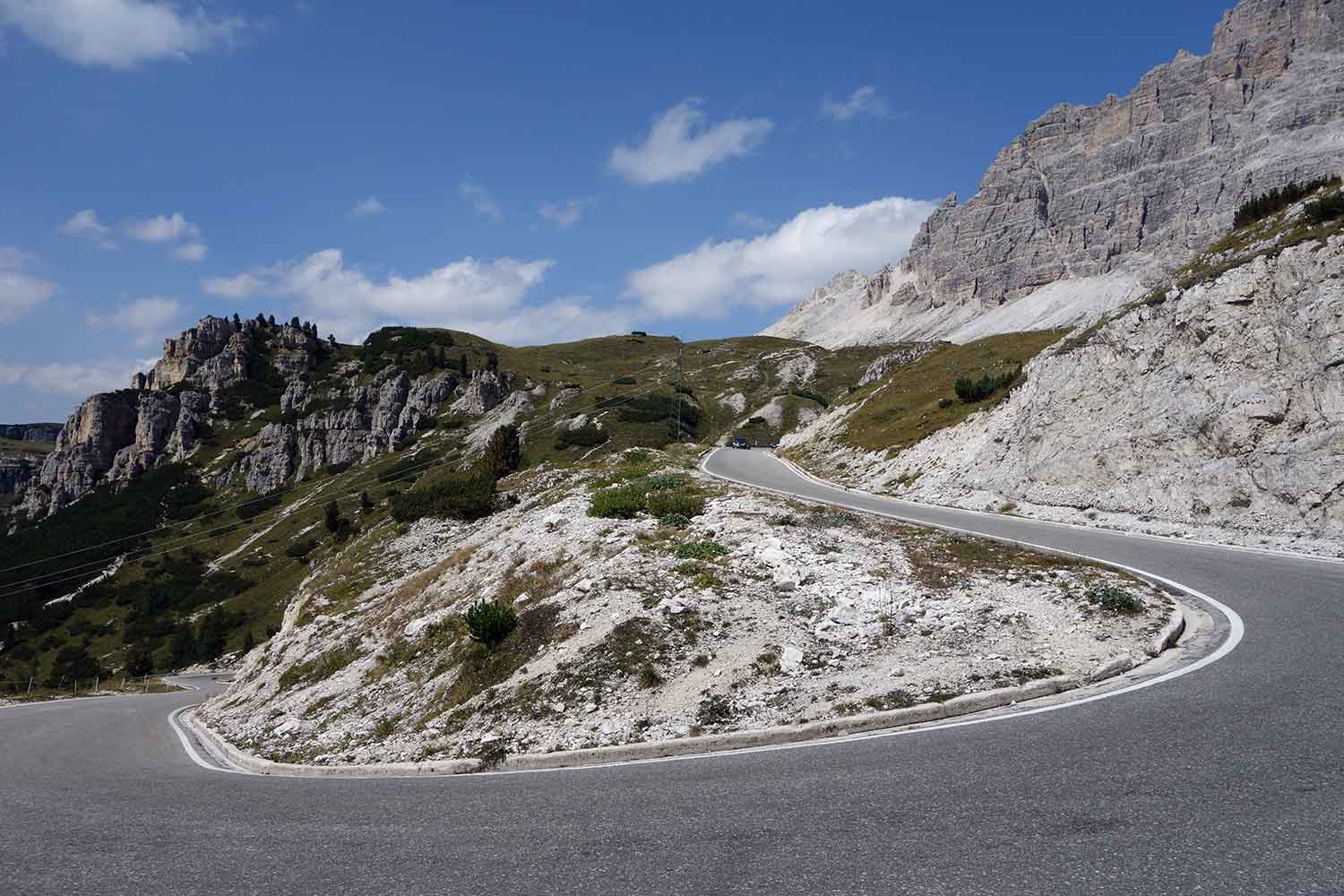 The Tre Cime is very steep for a long way. This hairpin turn give you an idea of the grade, and the view.

The climb isn’t that long but there are some very hard kilometers. It is the steepest climb that I have done to this point in all my cycling. The Mortirolo may require a re-write of that statement that next week…

As you can see from the gradient profile above, the last several kilometers do not let up! The last 4 kilometers average 11.7%. You will be at the limit to just stay moving on your bike. 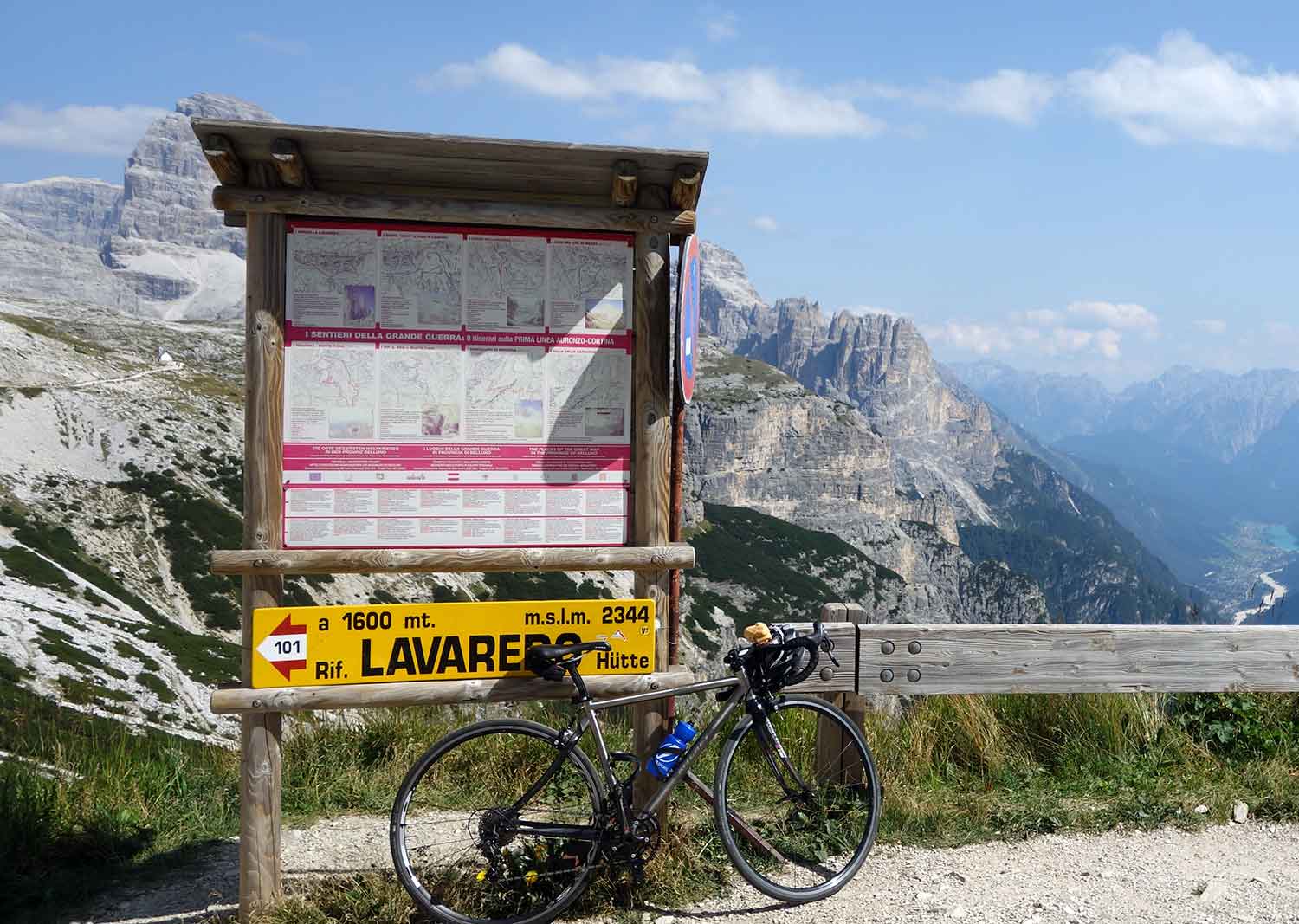 The Ritchey on top of the Tre Cime di Lavaredo.

The views from the top are famously fabulous.

Pan from the top of the Tre Cime de Lavaredo 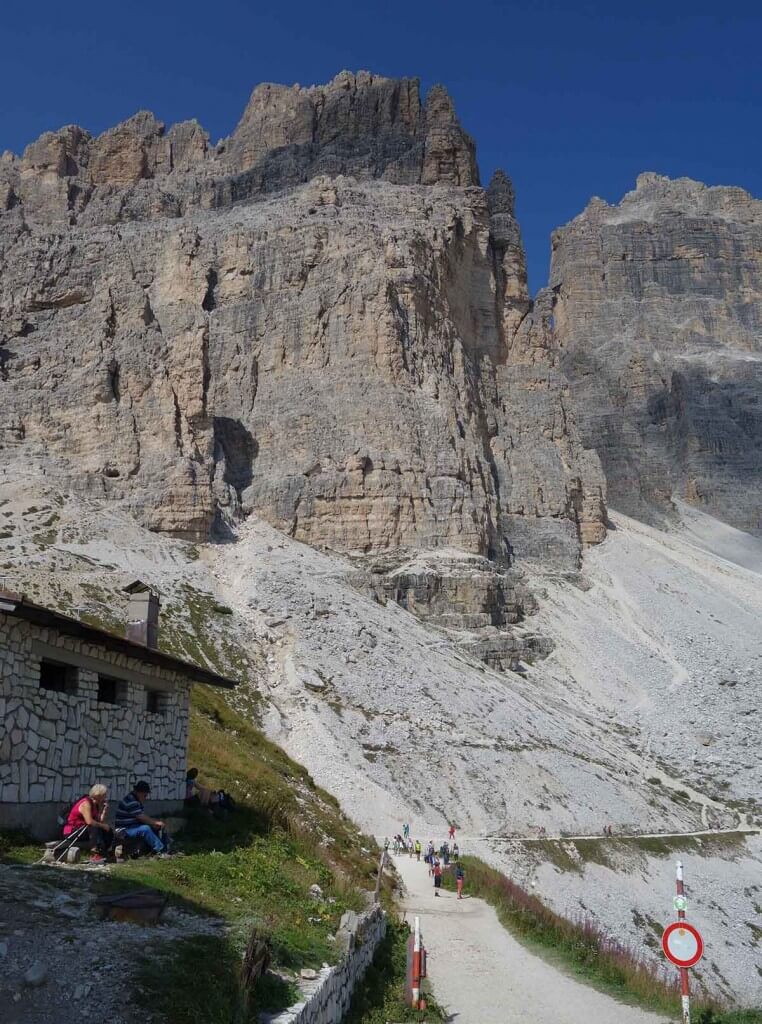 There is a walking route around the Tre Cime. I didn’t take it because I was on my bike.

Strava from This Ride