Campagnolo. Often mispronounced and underappreciated but it has kitted out the bikes that have won the Tour de France (and all other races in history) more than all other options combined. Campagnolo is relevant to this climb.

On a freezing November day in 1924, while racing over the Croce d’Aune, Tullio Campagnolo invented in his mind the modern cam-style skewer, inspired by his inability to undo the wing nuts on his rear axel  He later invents the first rear derailleur as well. Today Campagnolo makes stunning but expensive components, with a greater consideration given to aesthetics than do Shimano and SRAM because these are Italians. God bless them. I love Campagnolo components and every cyclist should too because no matter what they ride, Tullio Campagnolo has influenced their lives for the better.

As a Campy fanboy, I had to pay pilgrimage to the place where cycling modernization accelerated. Passo Croce d’Aune.

Distance: Not long. Depends on where you start. It ranges from 1 to over 10 percent. It’s not a hard climb but there are those 10% sections in the last 3 km. 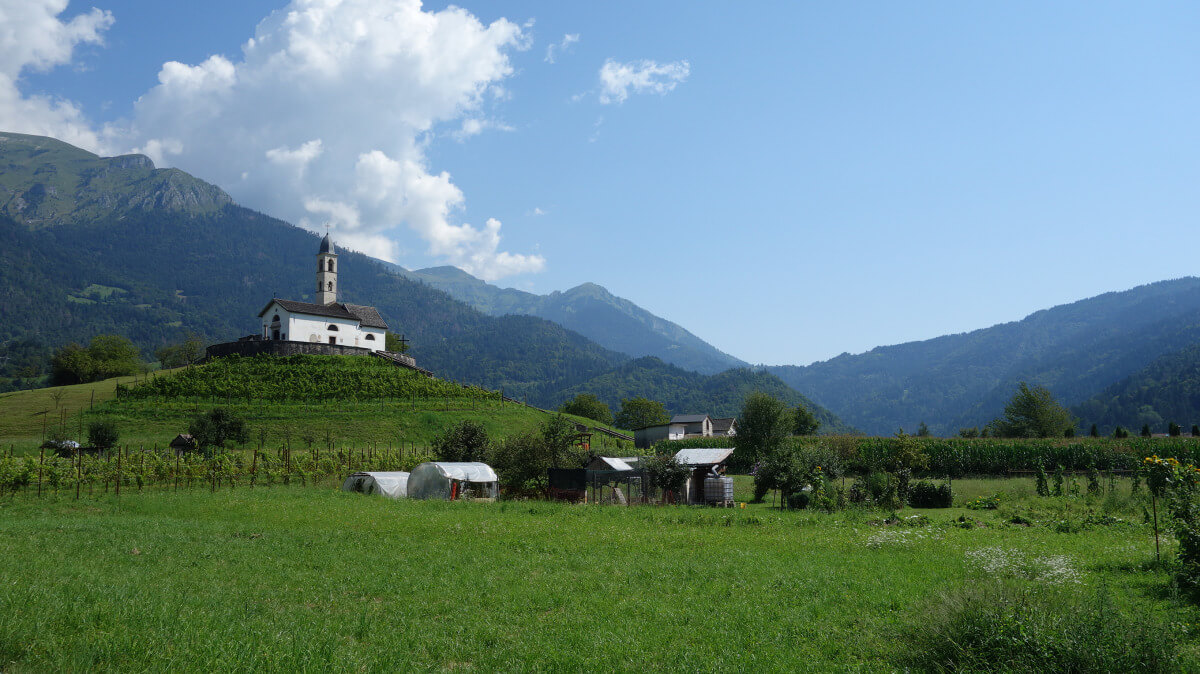 Church on a hill on Croce d’Aune climb. 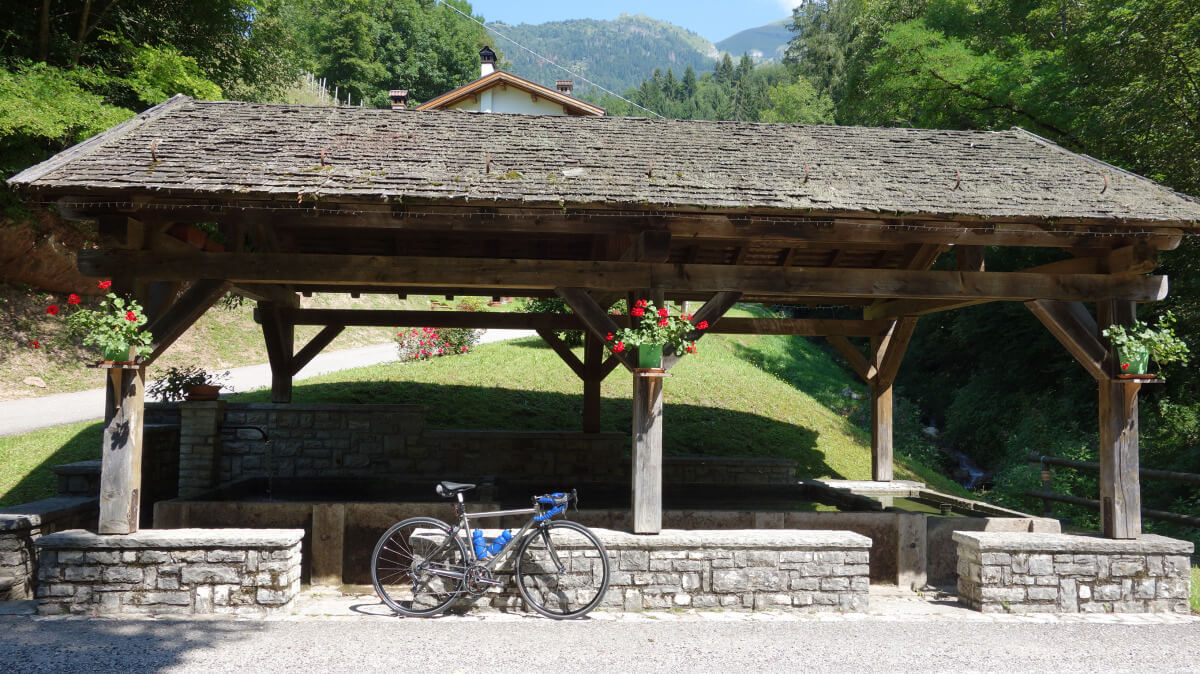 The Ritchey at an old laundery basin on passo Croce d’Aune. 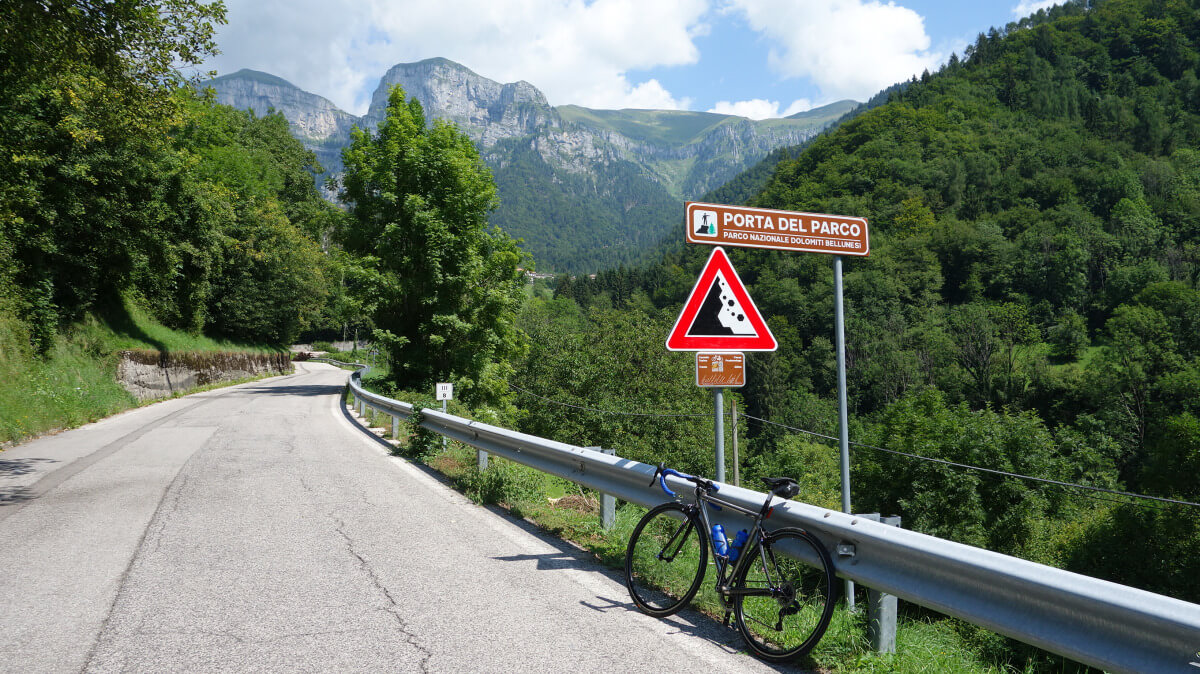 The Ritchey with signage on passo Croce d’Aune. 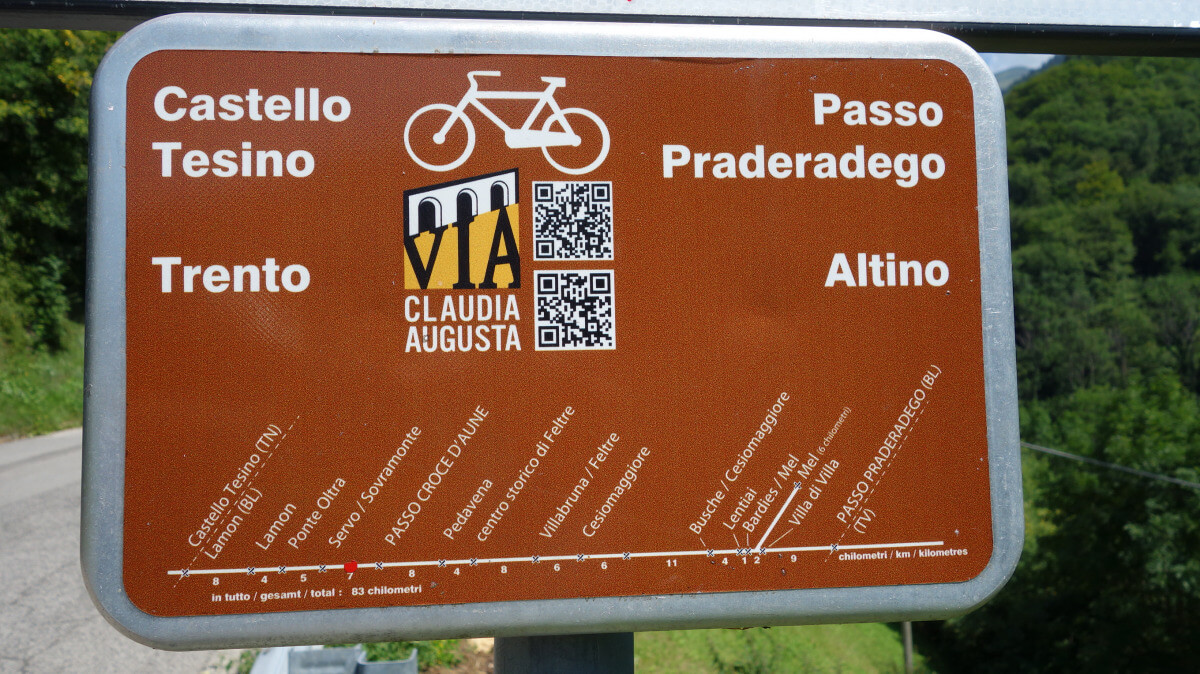 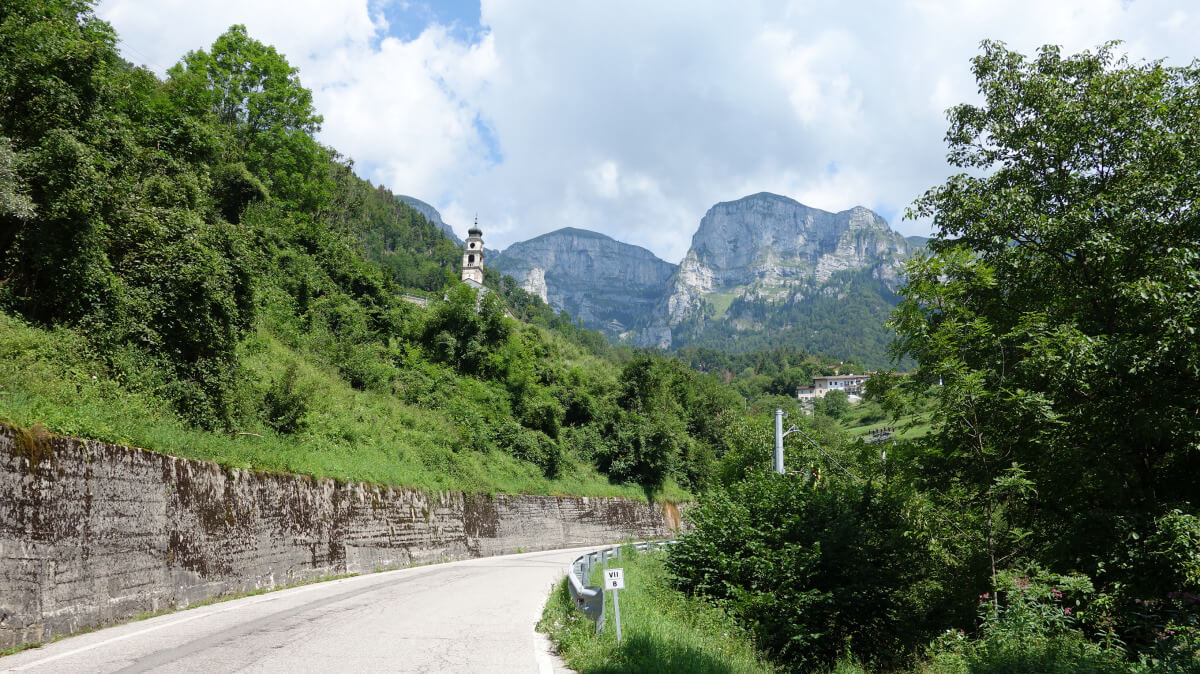 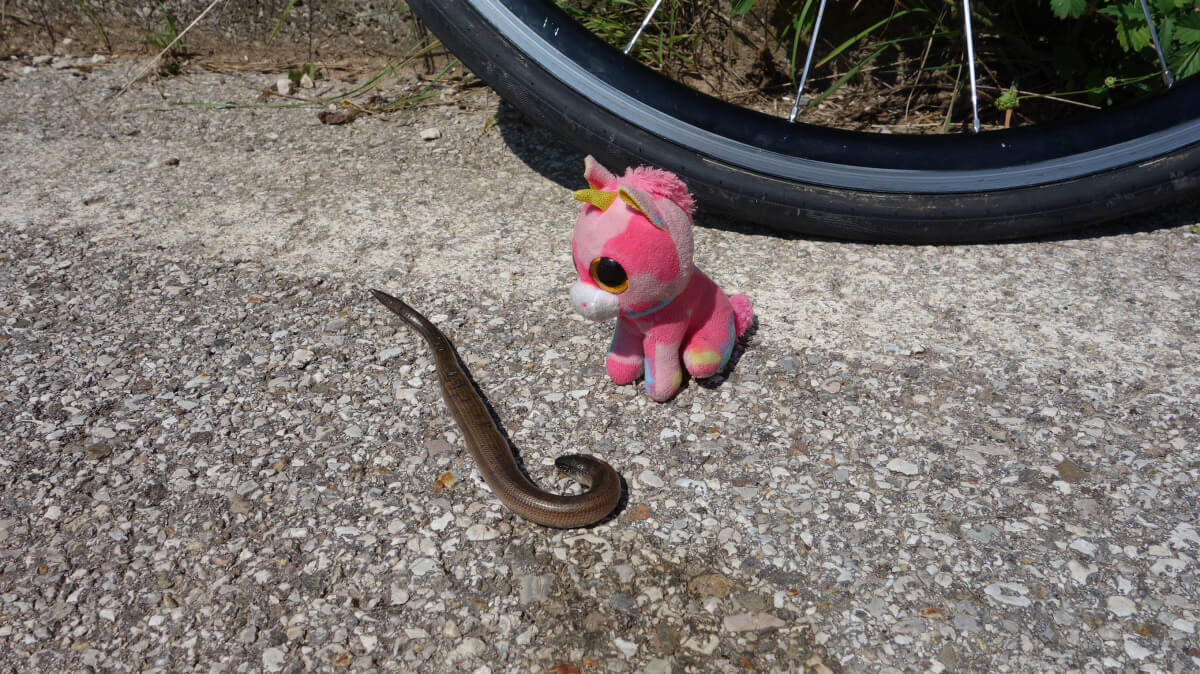 Marigold makes a friend with a snake on the another hilltop church on passo Croce d’Aune. 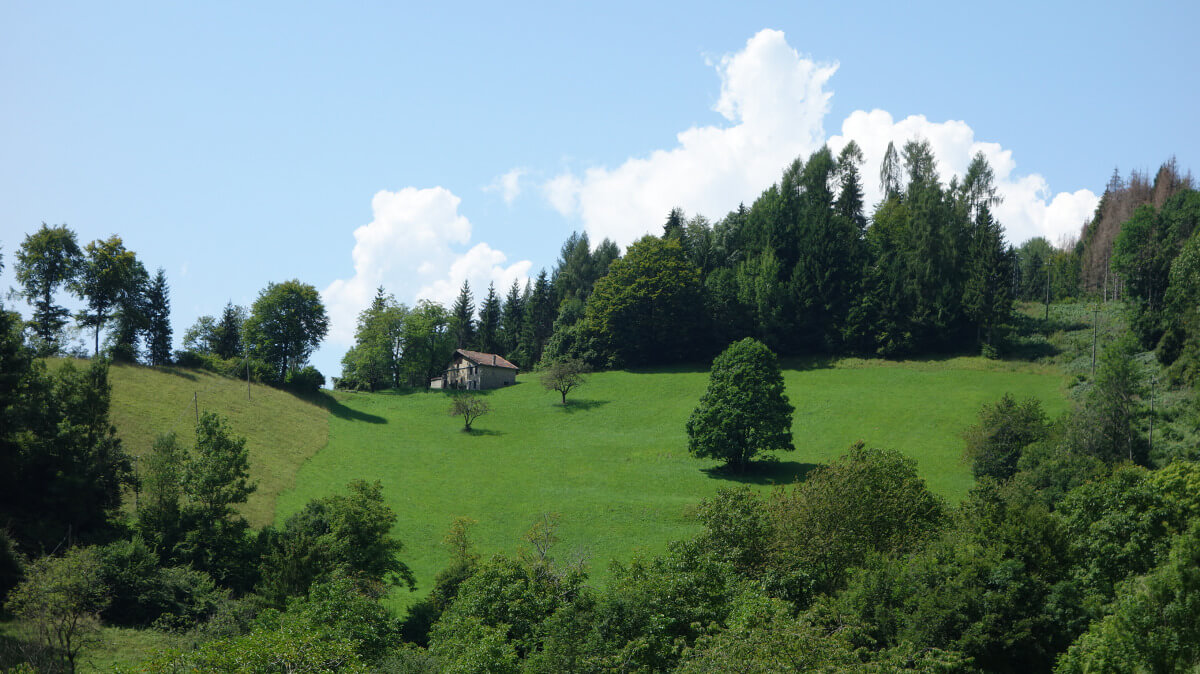 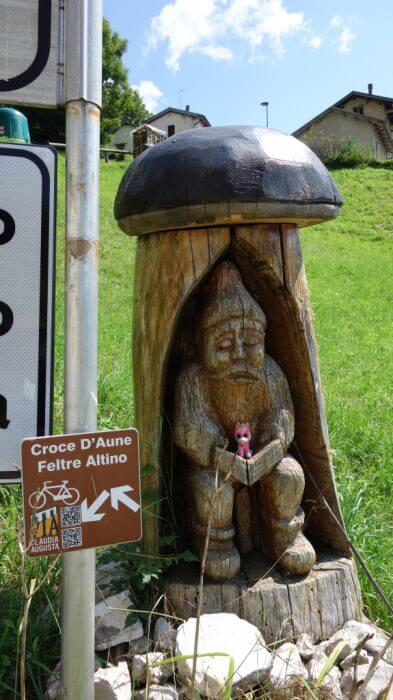 Marigold with sign and wood carving on passo Croce d’Aune. 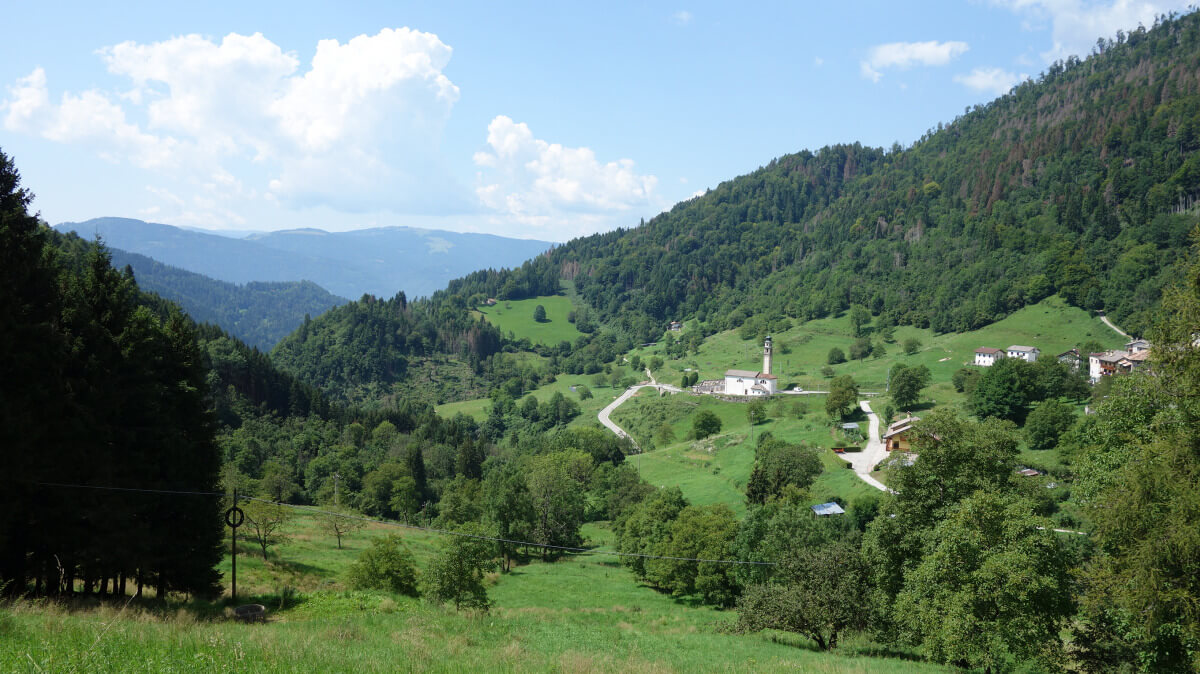 To ride or not to ride

This climb and this route were both a delight. Though not a bucket list climb it was a perfect day in the Italian countryside. The auto traffic was non existent and the scenery exquisite. Stop, as I did, in the village of Aune and have a snack then continue on exploring the areas tiny quite roads.