In 1988 Andy Hampsten won the Giro in the snow and ice on the Gavia, a goat track of a road. There was some snow on the road on the day I road it, though not as much as on Andy’s epic day. My camera died short into my ride, so just a few pics from this fantastic ride. 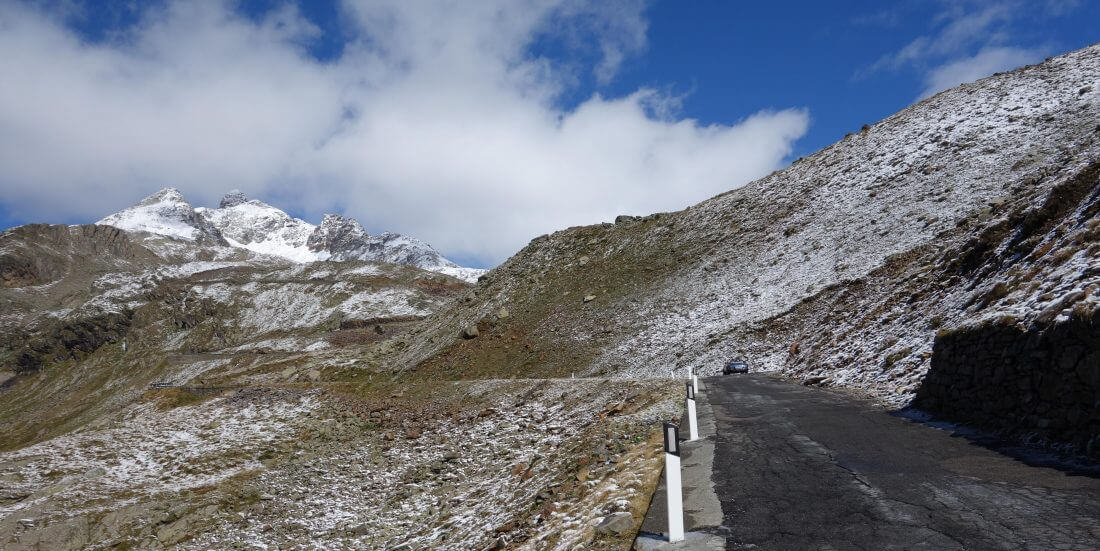 It gets cold, barren, and of rugged road near the top. Descending takes care because of the asphalt and bad from the extreme conditions.

Broken pavement on the Ponte di Legno side. This is a very sketchy descent. 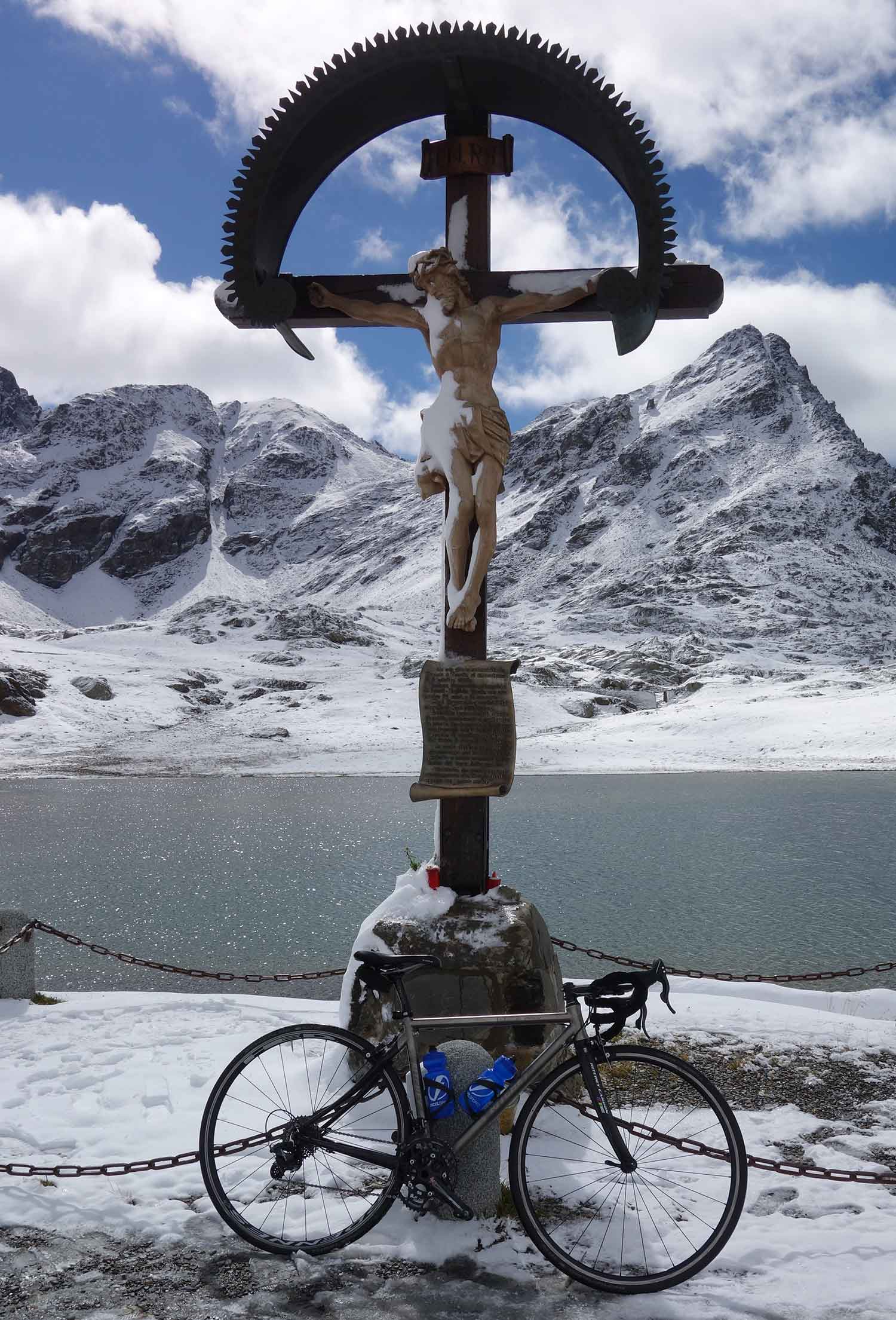 This is Italy, so expect Catholic reminders everywhere. This is on the plateau on the top. 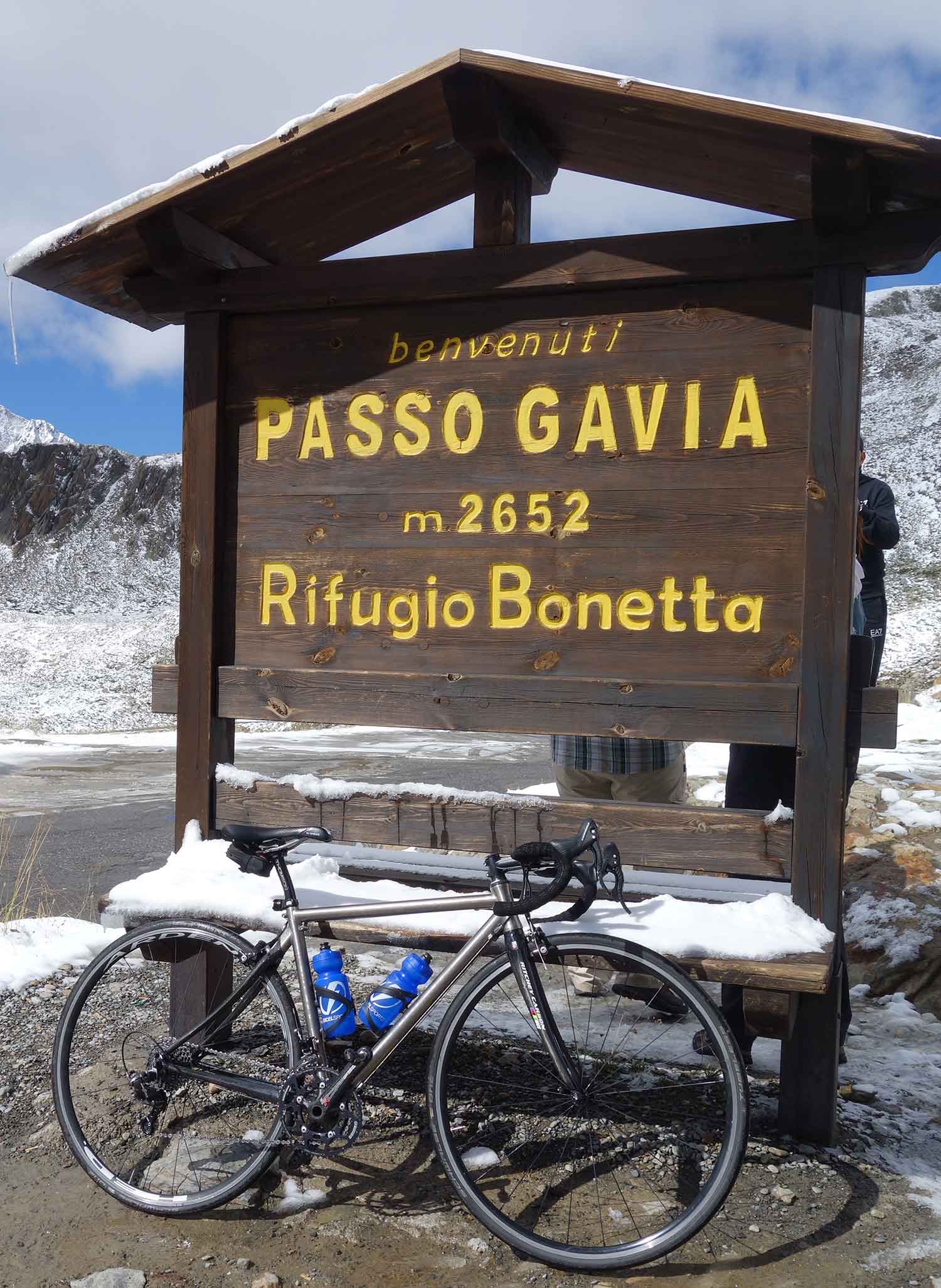 The Ritchey at the Top of Passo Gavia. 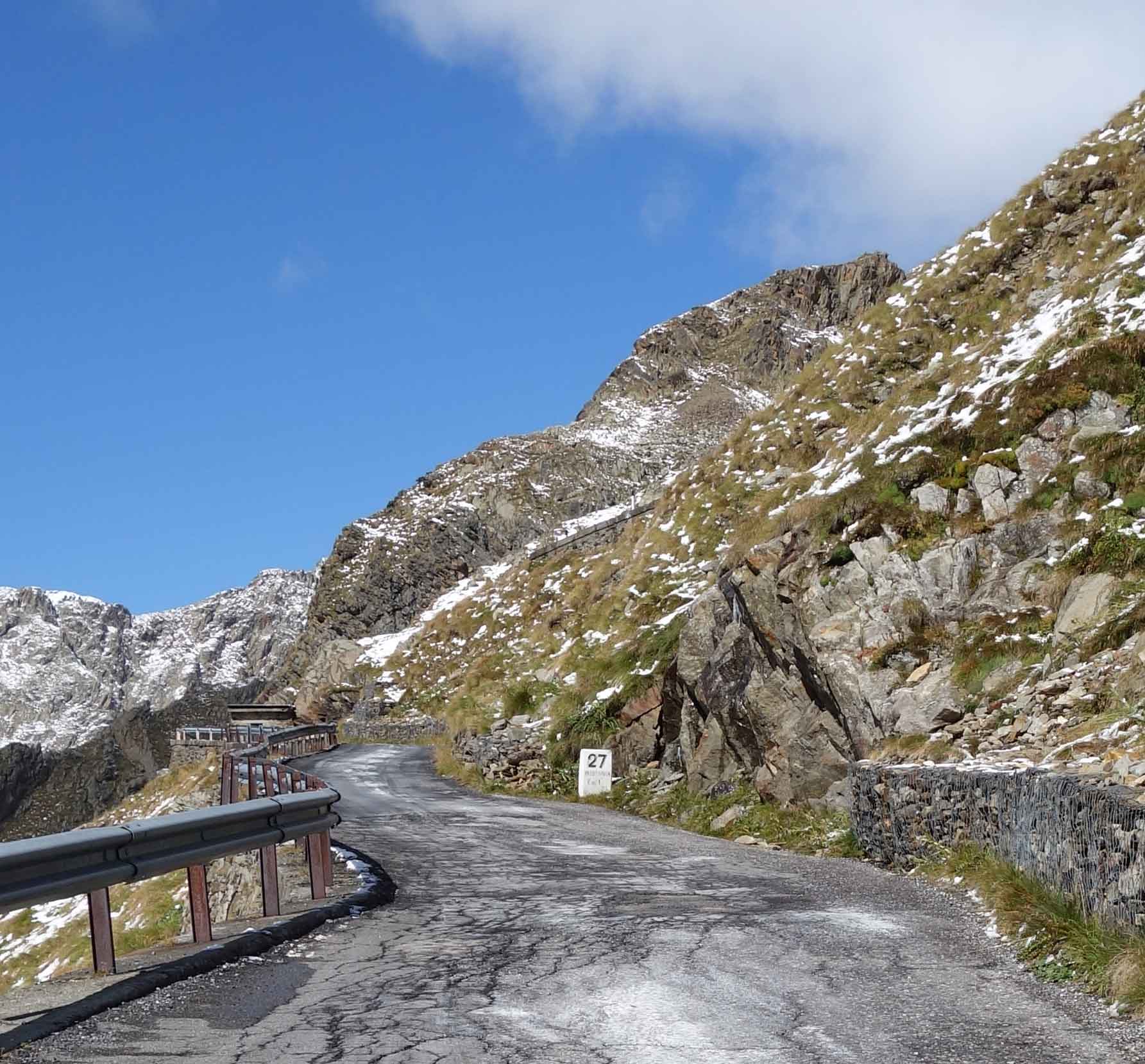 Another shot of the rough and narrow road on the Ponte di Legno side of Passo Gavia. It makes for a very dangerous descent if you play with speed.

Passo Gavia is one of the most important climbs in Italy and all of cycling. It’s a monster. It’s historic. It’s iconic. It’s fantastic.

Strava Map of Gavia from Bormio