Fabian Cancelara won the 2014 Tour of Flanders with superior strength and cunning.  He was almost certainly the strongest man there, but the strongest does not always win. Fabian’s strength is legendary. His cunning is less obvious but just as impressive.

There were three other riders strong enough to make it to the final K with Spartacus.  Greg Van Avermaet (BMC), Sep Vanmarcke (Belkin), and the free wheeling Stijn Vandenbergh (OPQS). Any one of them might have won, depending upon a hundred ways the sprint could have unveiled, and Fabian knew that.  Therefore he minimized the number of possible scenarios that could unfold.

When the four riders regrouped after Vandenbergh’s failed attack, Fabian took last wheel. This was his first move toward checkmate. 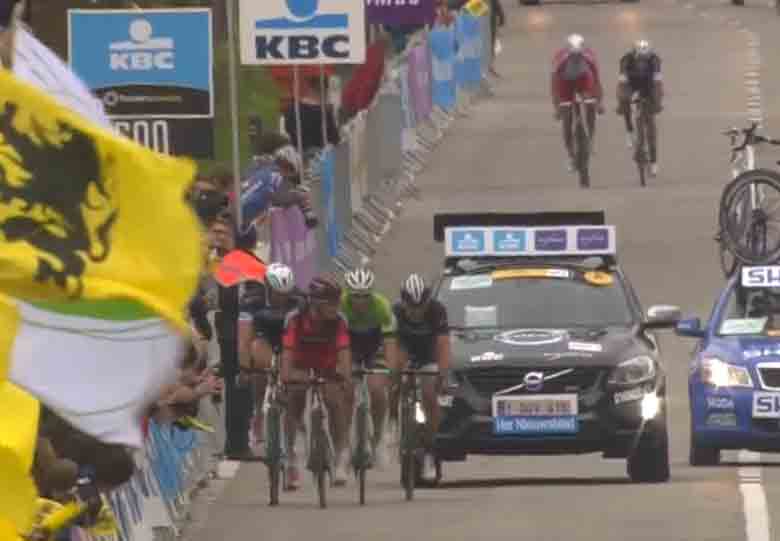 Then Fabian kept abreast of Vanmarcke, boxing in the three adversaries. Only Van Avermaet had a direct escape route: forward. 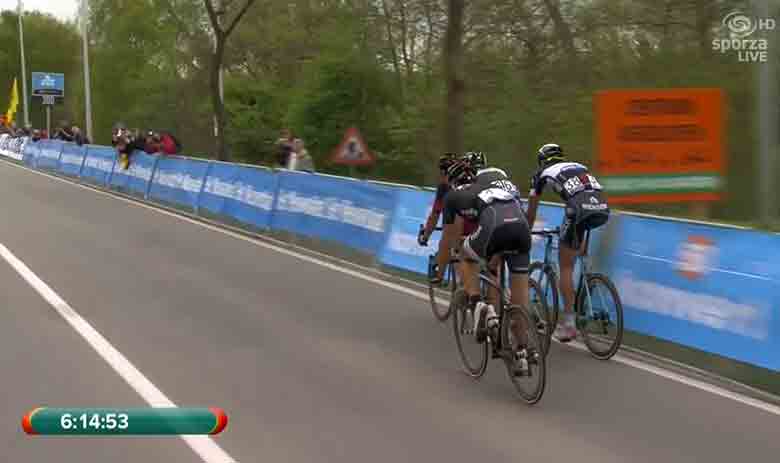 In the final picture, right before Fabian attacked for the win, you can see the three others attempting to spread out to escape his barrier-box. But their efforts proved futile. 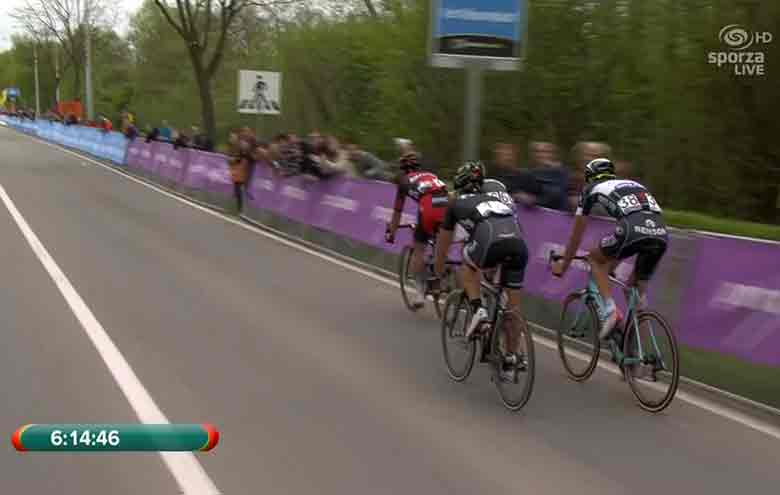 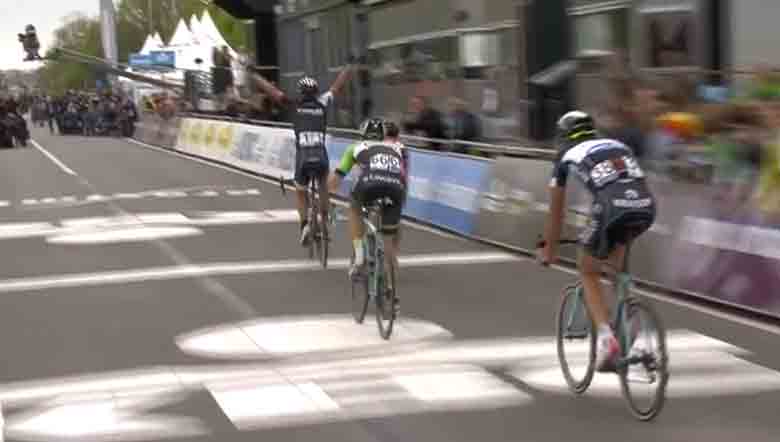