Cycling from Arabba to Cortina d’Ampezzo via Falzarego 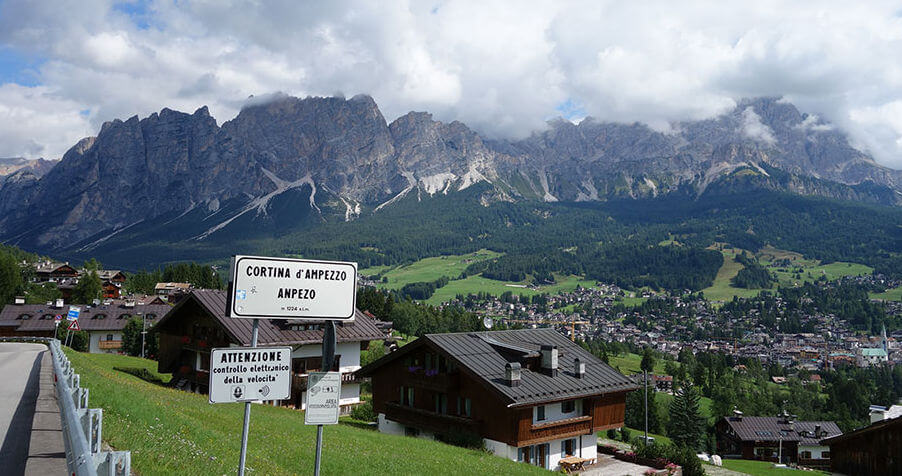 Cortina d’Ampezzo is in Italy, but as recent at 1918 it was controlled by Austria. It looks more Austrian or Swiss than your typical image of Italy. I saw several hikers with furry (really) buckskin backpacks. Function not form. Austria, not Italy. 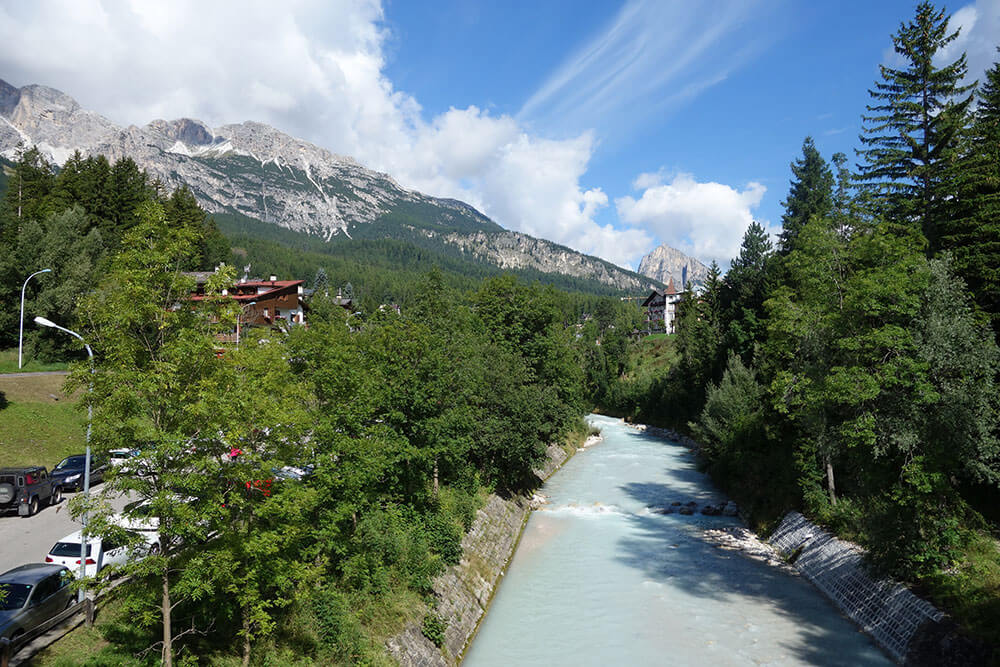 A blue stream in Cortina d’Ampezzo.

Along the route, which started at the Hotel Al Forte in Arabba, I was delighted to come across a castle.

The Andraz castle was built in 1027 and is the symbol of the Livinallongo valley. It was the military and administrative base for the Bischops of Bressanone and a strategic point from which to controlled traffic and trade. From Bressanone you could travel over the “Passo delle Erbe”, Val Badia, and Val Parola to reach Belluno and then Venice.

The castle was also visible from “Laste, Rocca Pietore, Avoscan” and “Alleghe”, using fire signals. It was also a block against the vast expansion of Venice. The Dolomites were very attractive as a conquest to other regions because of the abundance of timber and mining. The castle was recently restored and lends the surrounding landscape a look into the past.

Andraz Castle, circa 1027, needs some renovations.

Back to the Falzarego

Moving up the road you come to the true beginning of the climb, where you ride up some exposed built-up switchbacks, through a wet tunnel, and up to over 2000 meters.

I little more history: the name Falza Rego means false king in Ladin and refers to a king of the Fanes, who was supposedly turned to stone for betraying his people.

Approaching Falzarego from west, Hotel Al Forte in Arabba. It’s a big of a slow drag up to here, and now the real climbing begins.

The Falzaregro is beautiful and twisting from the west side and a horrible lame grind from the east side. Cortina is worth it, don’t get me wrong. The climb back out of Cortina is without merit, however. The top of the Falzaregro is great, especially if you spur off to the northwest on the Passo Valparola.

That is when beauty slaps you in the face so hard that you forget to pedal and fall over. It’s happened, I’m sure. 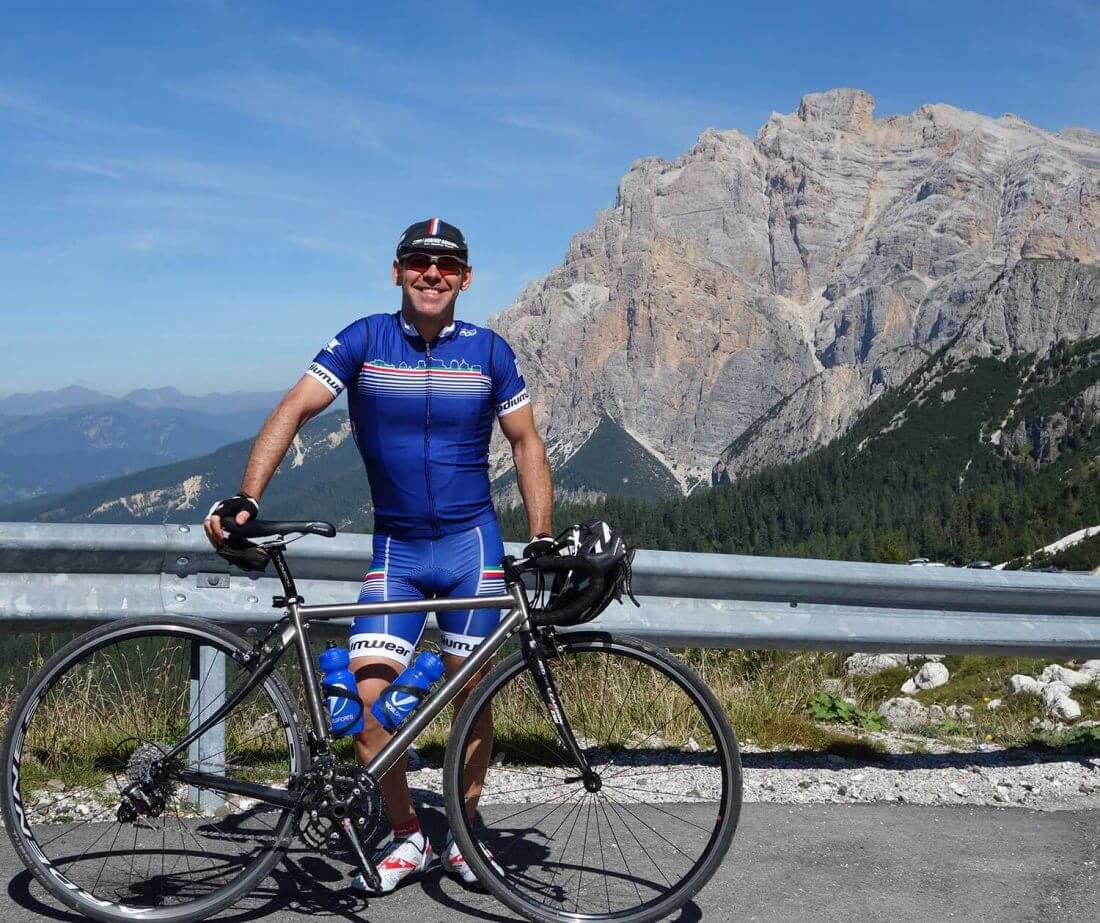 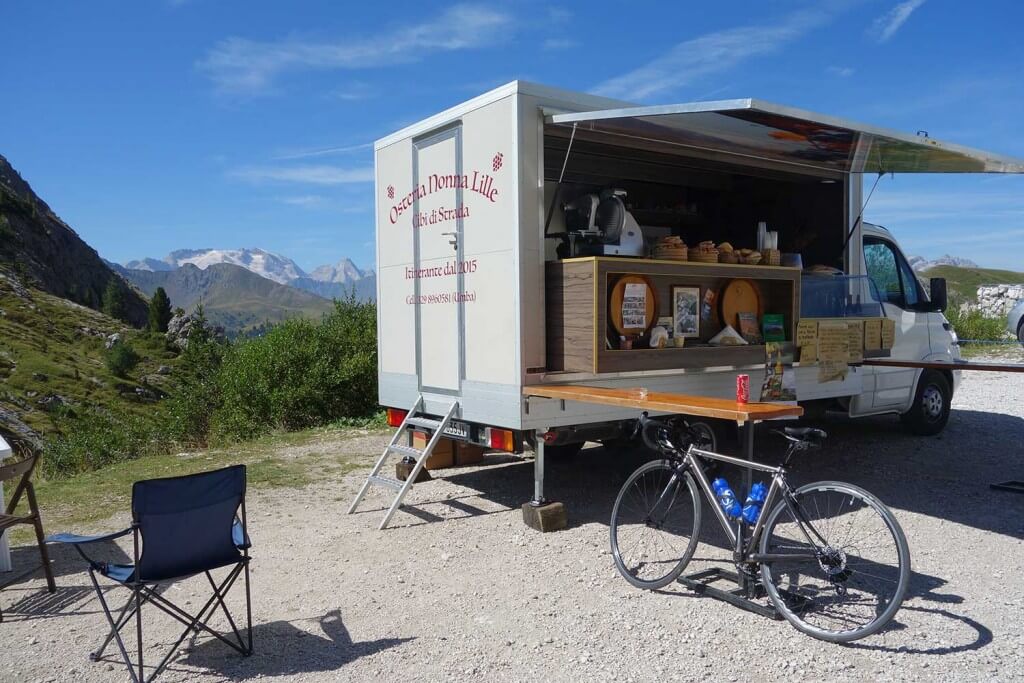 This is the best option for lunch on the Valparola.

There is a bit of a plateau on top of the lunar-esque Valparola. Besides the views up there you will find a war museum and a place to get some eats too.

Here is the Strava of this ride