A nice warm day and a hot climb of the Telegraph turned into a lightning, rain and hail drenched day on the Galibier. 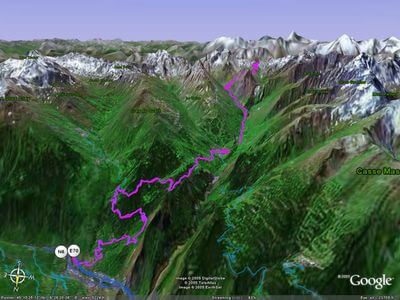 I stopped to buy a tube at ski village town below the Galibier and Warren carried on to buy a sim card for his iphone. When I started the climb, I thought we was ahead of me because my tube purchase and bike shop visit was prolonged. So I hammered up, chasing he who was behind me. Things got progressively worse. 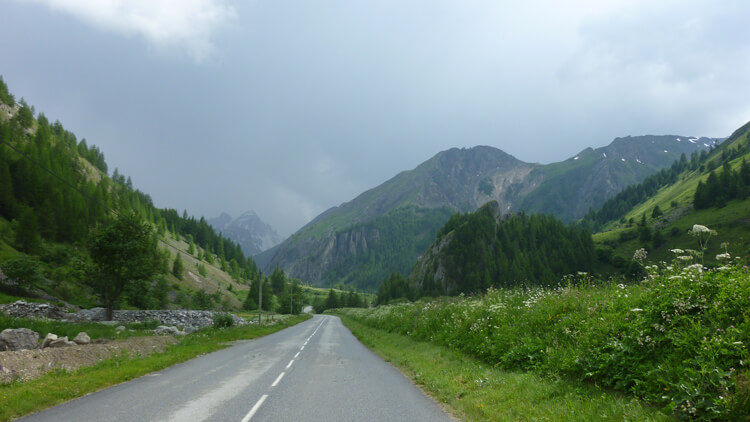 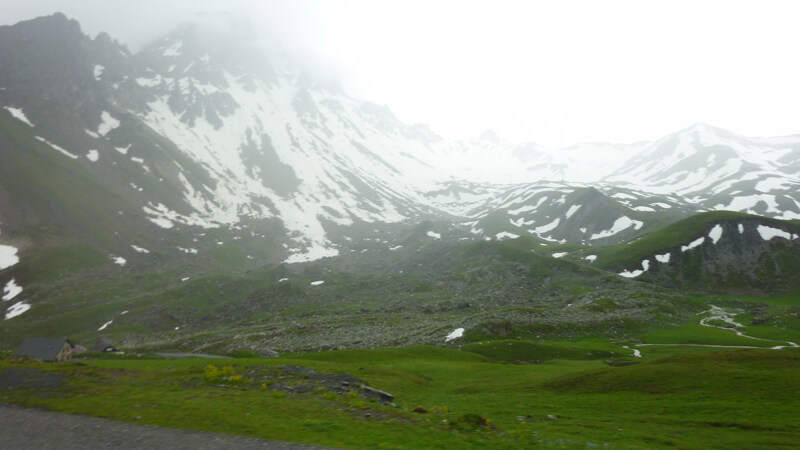 Distant lightning turned into local rain. It was pouring so hard near 8200+ feet top top that the road was washed out in places. I had to walk my bike, which is difficult to do with numb feet in carbon fiber soled shoes.

I stopped at the top, at a chalet. Warren was no where in site. Hot coffee hit the spot but made little dent in the cold. There were a bunch of Brits and a dutch guy there. The Brits decided to wait for a ride because of the hail, rain and cold. Me and the Dutch guy bought jackets and decided to go for it. He was very familiar with the area, so I followed his wheel.

The highlight was the 40mph downhill through a long dark tunnel, my rain and gook covered glasses making it almost impossible to tell where walls and road where. Numb feet and hands further blur the ability to gather information about the spacial relationship of bike to road. And a small bus passed me(!) half way through. Three more tunnels followed.

One of the tunnels:
Galibier Tunnel vid by someone on a motorcycle

But, we both made it back alive. The wine tested especially good tonight.