While watching stage 3 of the 2014 Volta a Catalunya, I saw some familiar locations. This inspired me to write about that trip. And because I let this website go dormant for a couple years, it was time for me to catch up. Unfortunately I didn’t take a lot of pictures with the intent of writing about the cycling adventure. Shame on me, because it was very good riding and I had a lot of wonderful experiences on the bike during this trip.

2012 saw the Ritchey Breakaway Cross to go Spain for two weeks in March, for some spring training. Why Spain? The area north of Girona is an established training base for many pro teams, so that was a good signal in the decision making process. Also, Spain was virgin territory for me and the Ritchey, save for  RAID on Spain in 2010.

I flew into Barcelona, rented a little Skoda diesel and drove an hour or so north to Mas Pelegri, a hotel that caters to athletes. Longtime professional cyclist Svein Tuft was living at the hotel for the second year running. I lost the photos that hotel but they have a good website (above link).

This trip to Spain was before I was using a GPS so I used a thing called “a map” and also “my f***ing brain.”

The area north and west of Mas Pelegri was full of tiny traffic-less roads like this: 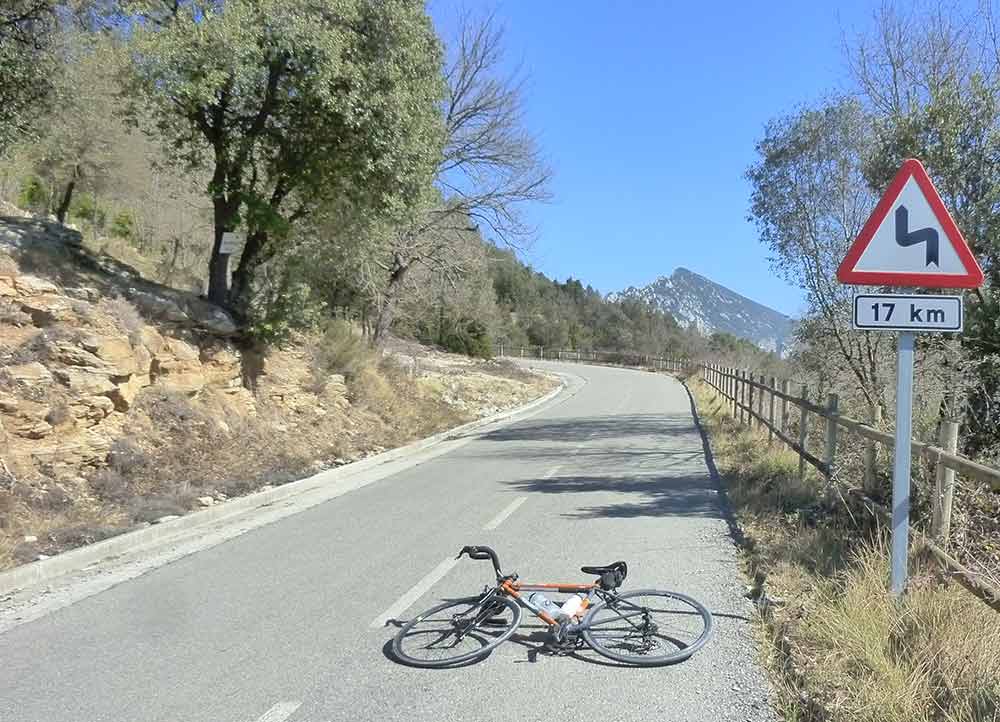 This road in the Spanish Pyrenees leads to France. Look how tiny it is!

You can ride from coast to some pretty good elevations for serious vertical if you want it. 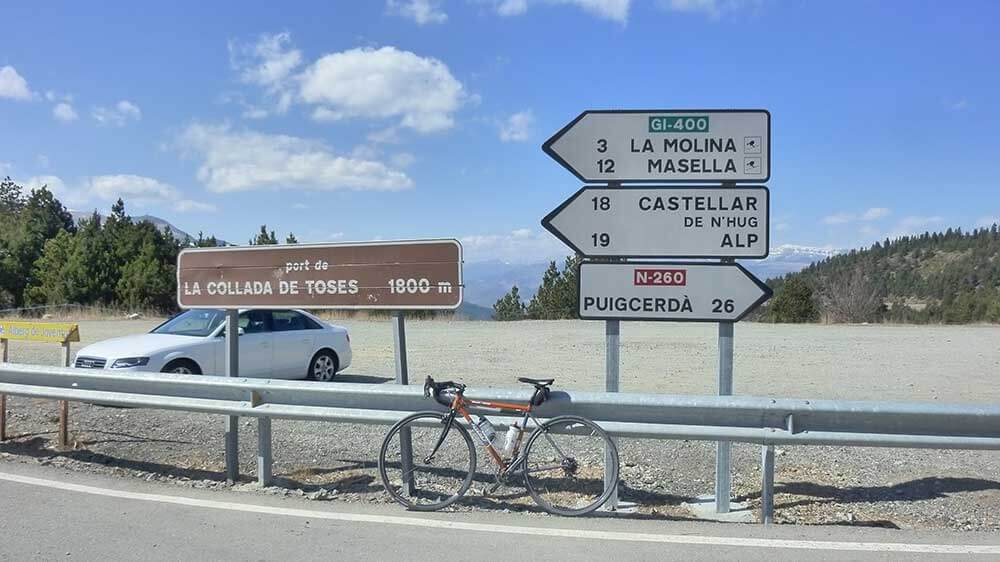 Here is a famous shot of famous Besalu. It’s not a theme park. People live here. 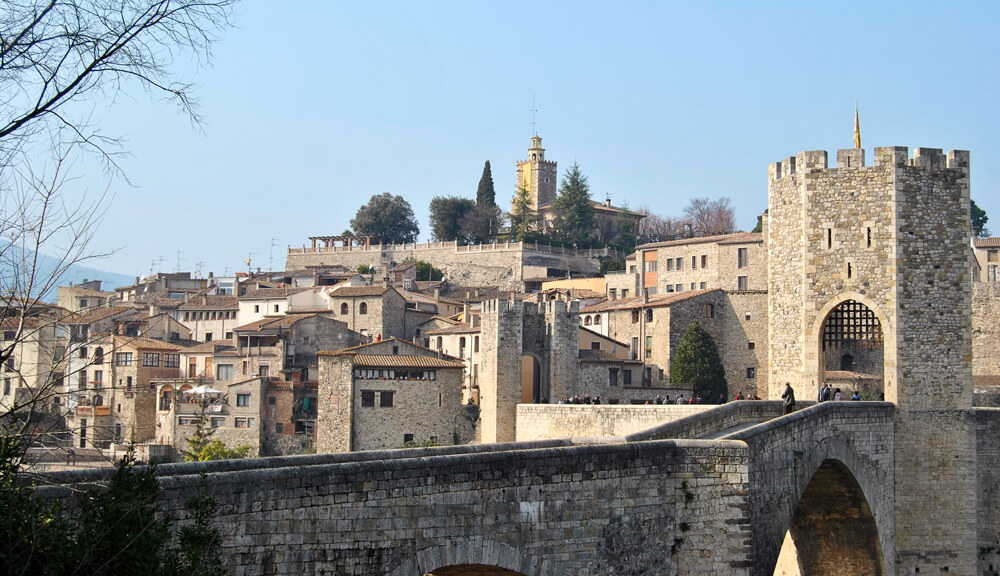 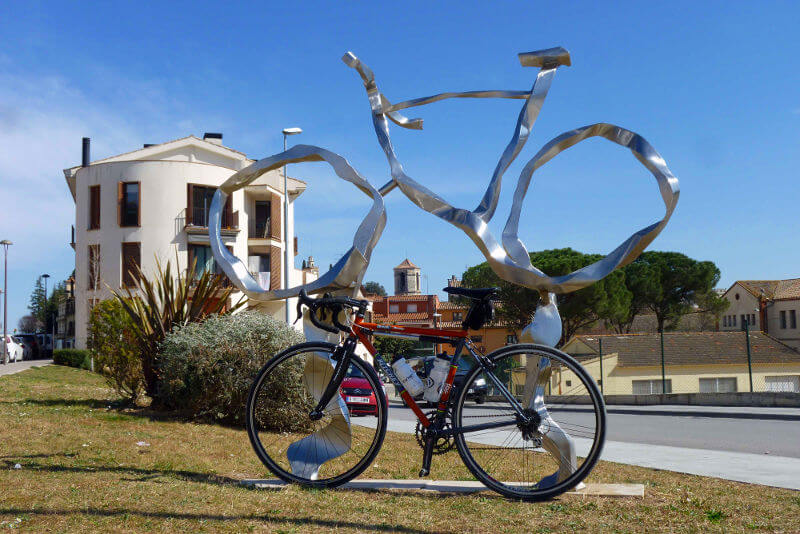 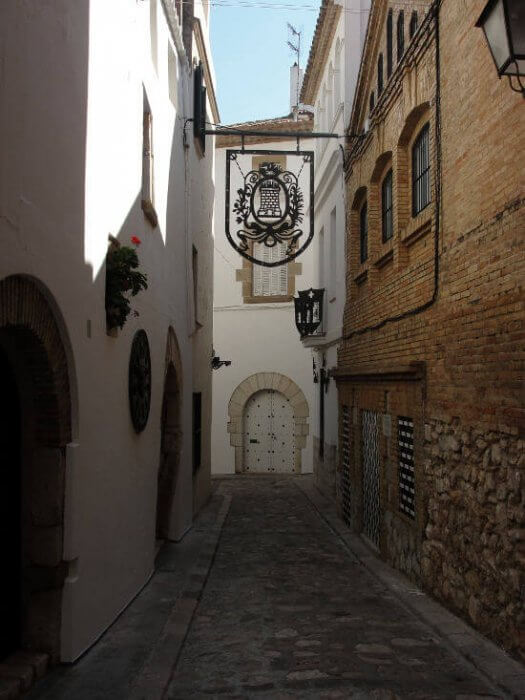 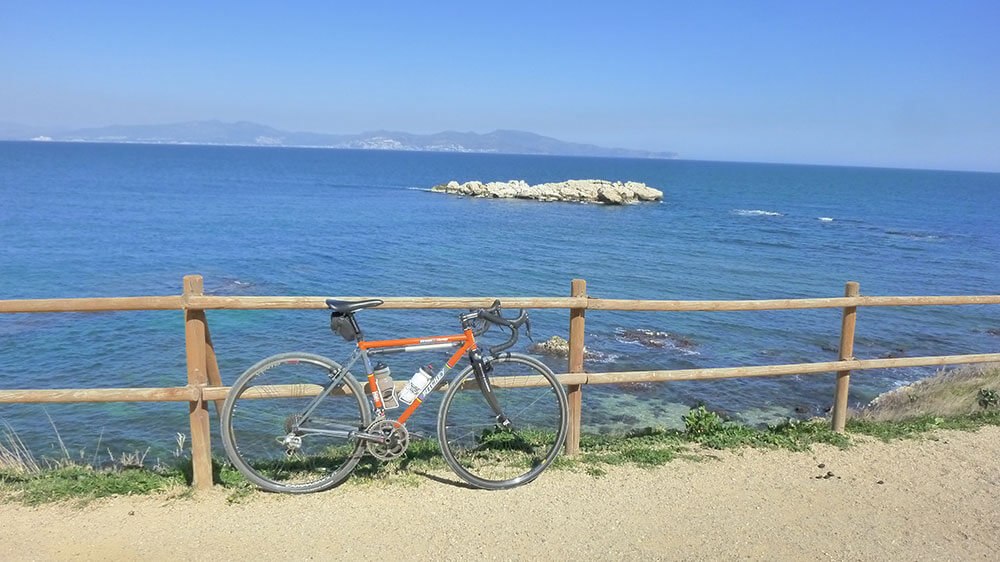 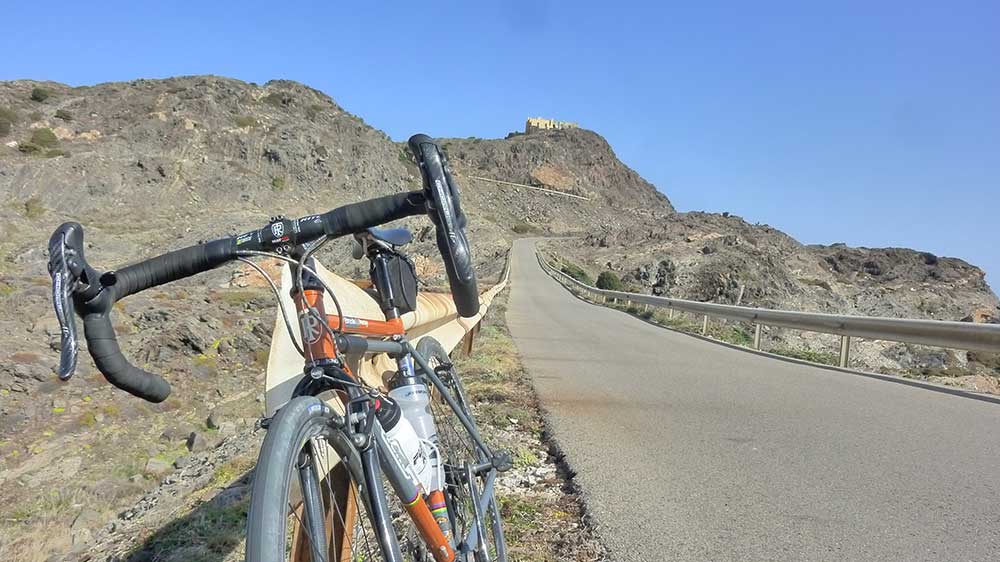 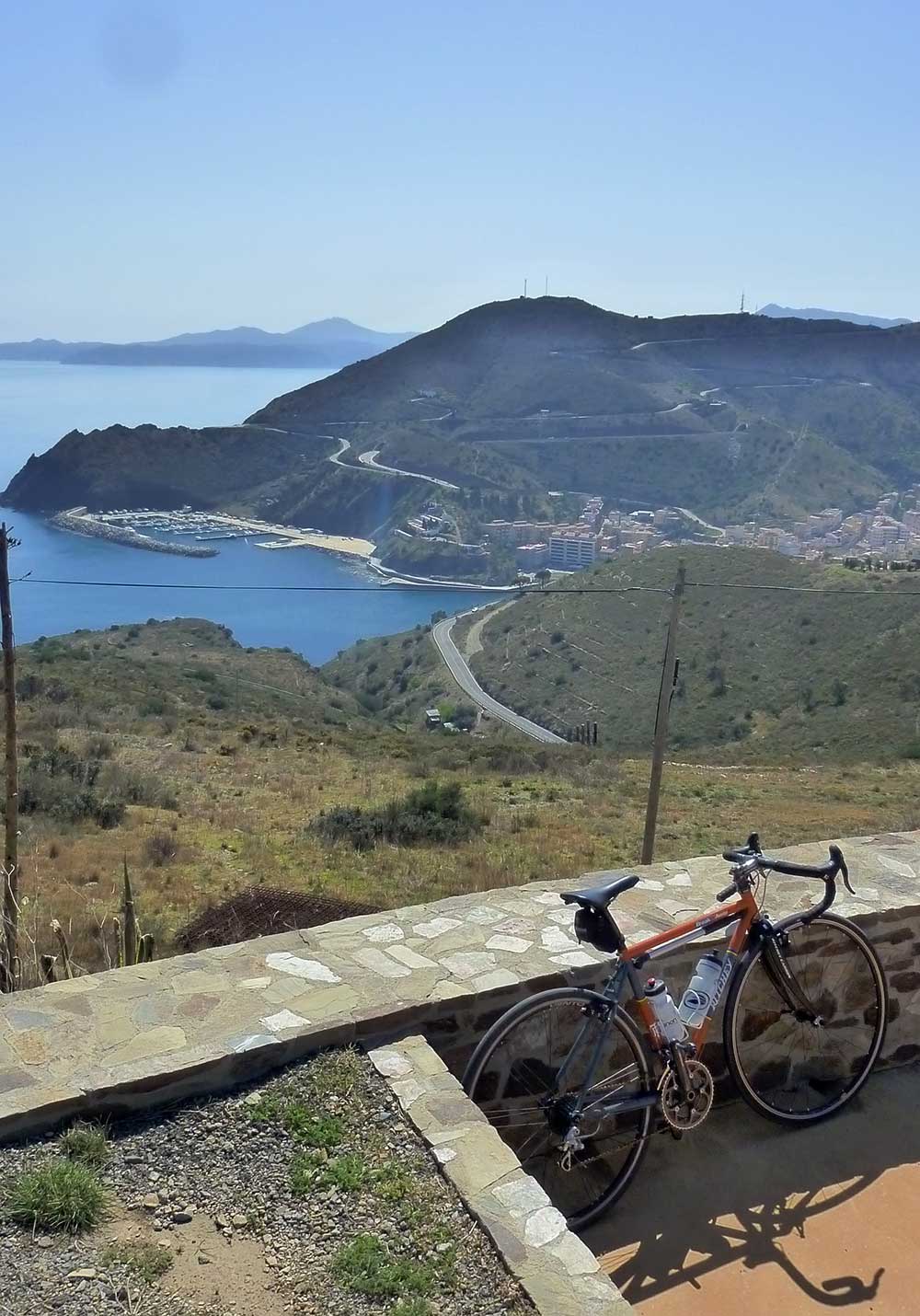 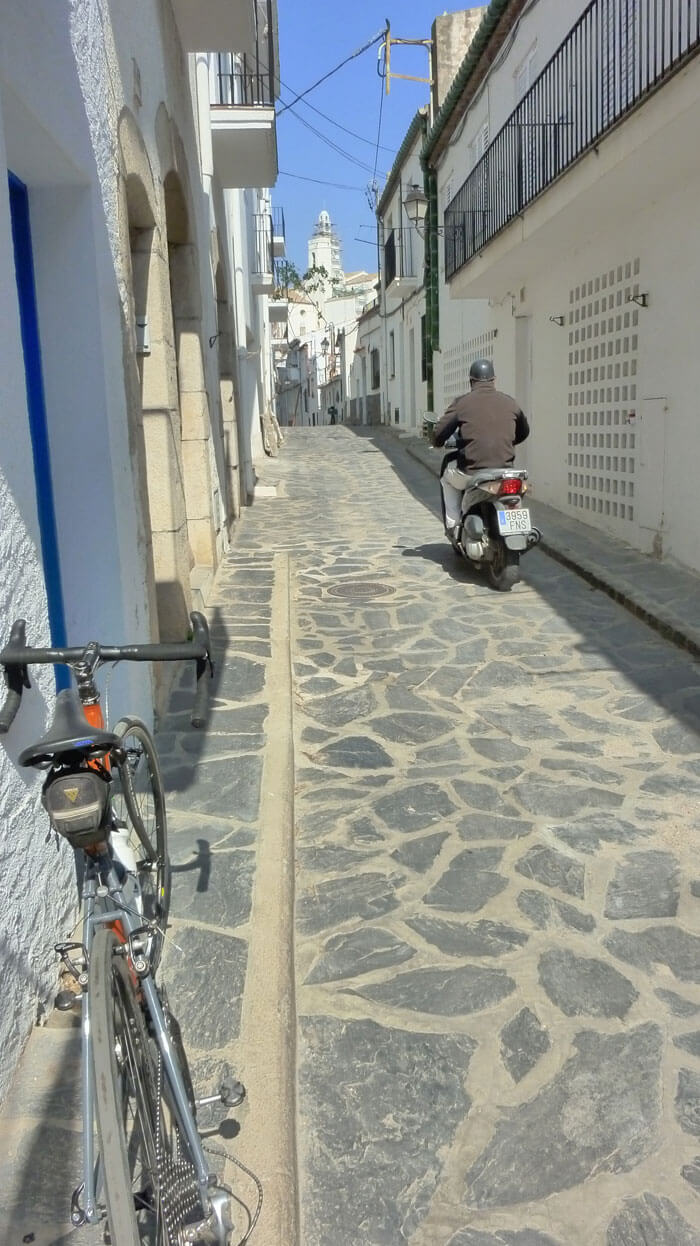 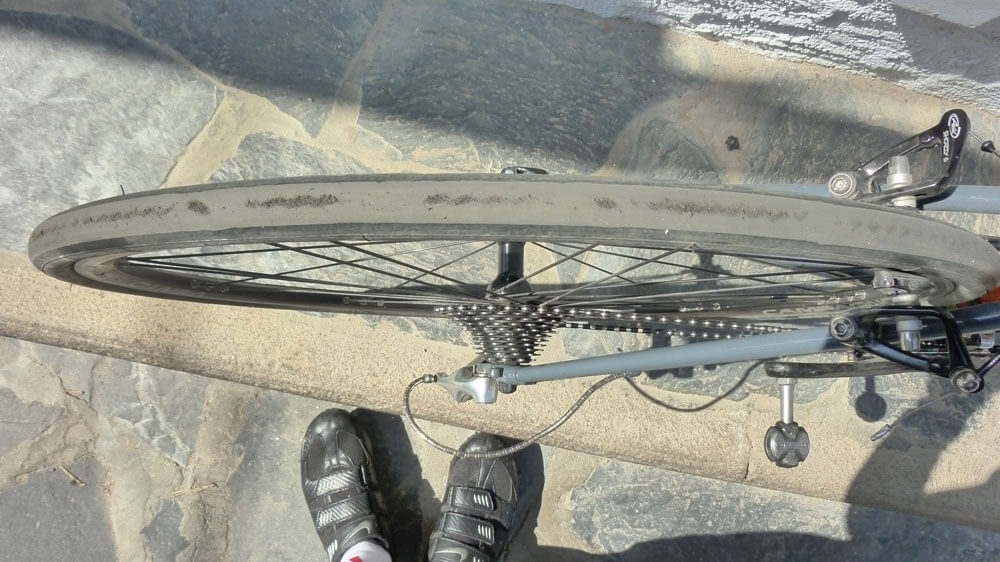 I literally rode the rubber off this tire. I had been so consumed with the coastal beauty for days that I hadn’t bothered to attend general maintenance! 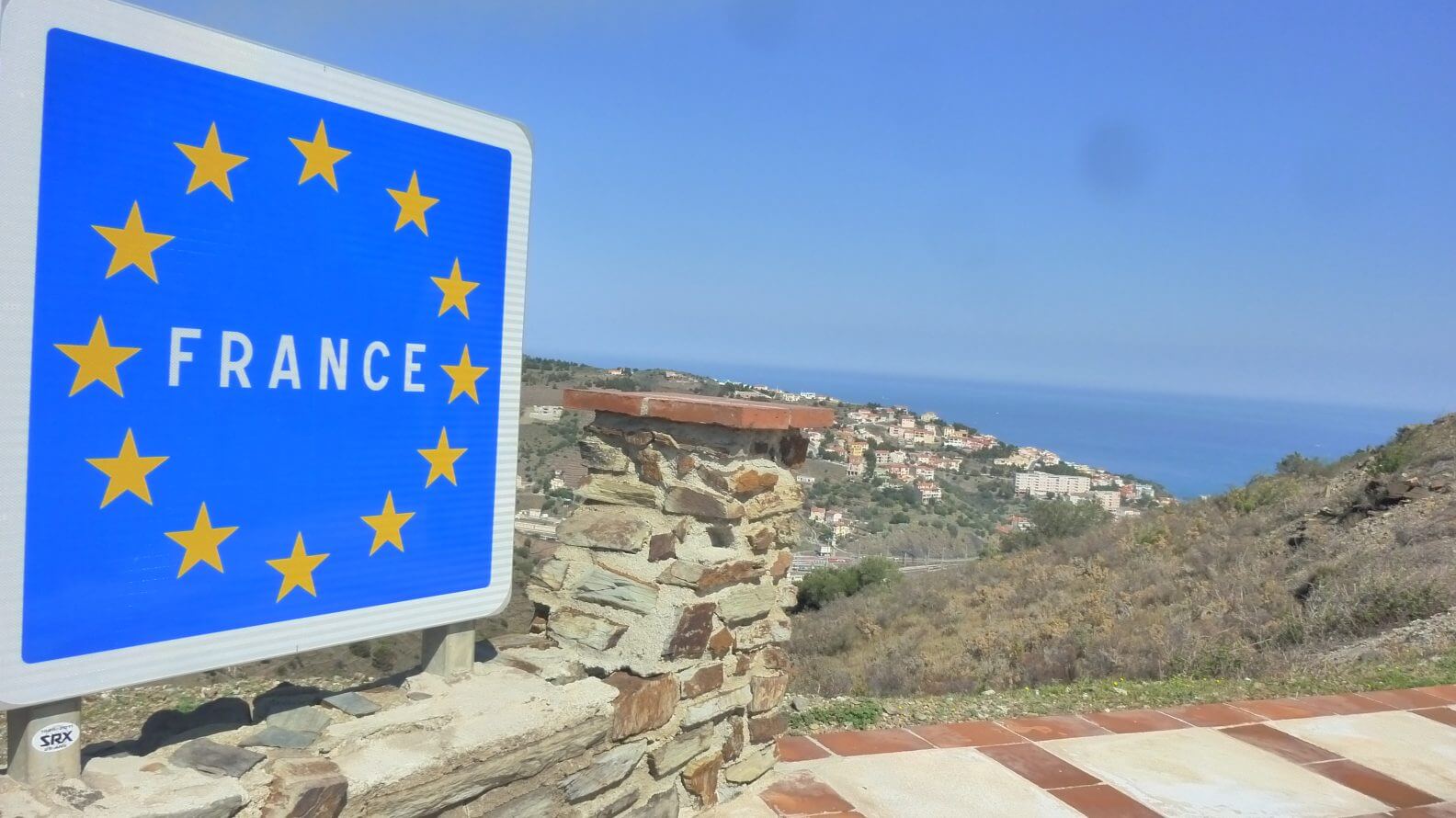 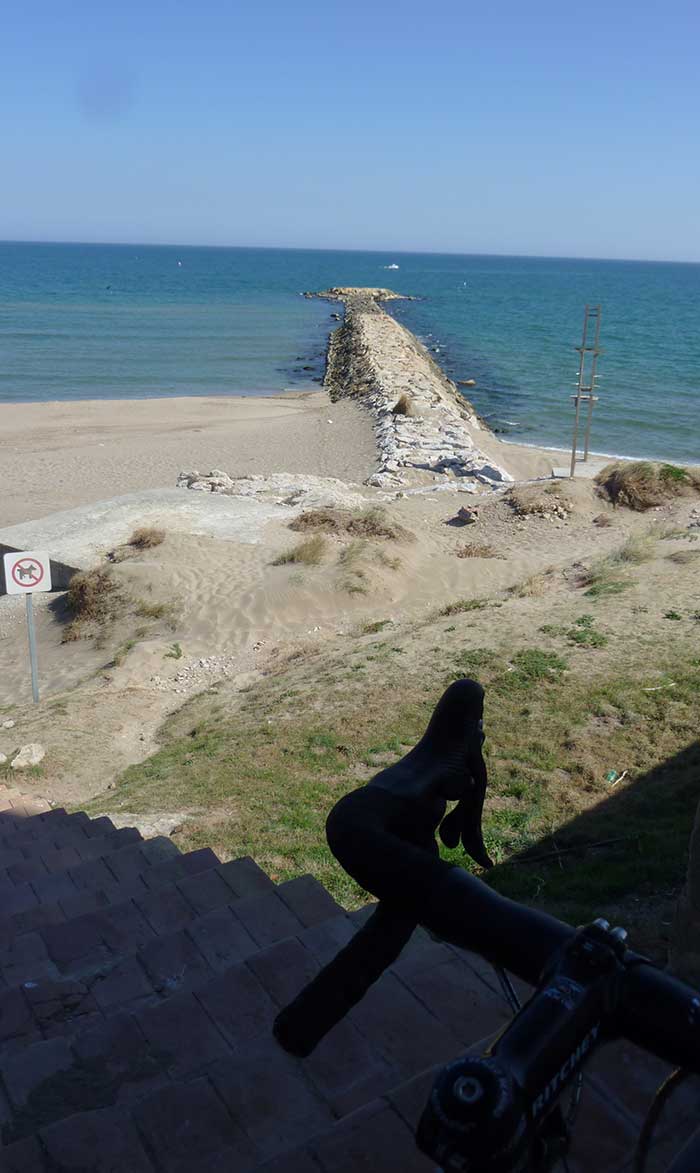